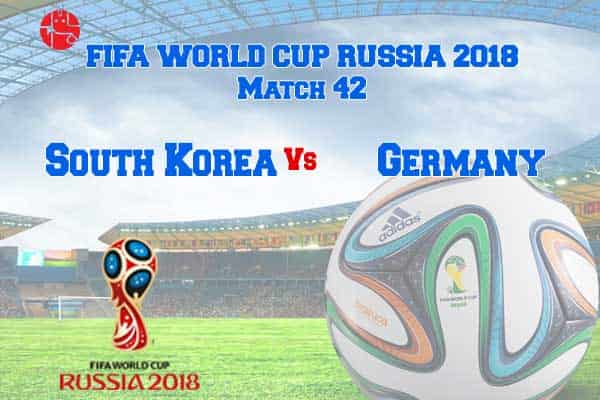 The FIFA 2018 World Cup has so far been a very interesting and enthralling journey with underdog teams performing their very best and the better teams struggling to secure their place to qualify for the next round. A similar case entails Germany who lost their first World Cup match against Mexico and somehow were able to beat Sweden in their previous match with a score of 2-1. South Korea may not have a chance to go further in the tournament but Germany does. And, they have the same number of points as Sweden, thus it is a crucial match for Germany where they have to win the game to possibly reach the top 16 in order to further qualify for the quarter-final rounds of this game. Now, read Ganesha’s astrology analysis and know the South Korea vs Germany match outcome:

South Korea Vs Germany Match Prediction: About The Players’ Performance

Germany did not display its ultimate form until its last game against Sweden during the second half of the match. Thus, it is hard to say if they will show the actual German football that their fans want to see in the game. But players like Thomas Mueller, Manuel Neuer, Mats Hummels, Mario Gomez, Julian Draxler and goal scorers for the previous game Marco Reus and Toni Kroos will play a vital role in managing the team and making a proper attacking game the way Germany usually play. Their key defender Jerome Boateng may not be able to play the game as he was suspended with a red card in the previous encounter with Sweden. As far as the Korean team is concerned, forward player Son Heungmin along with Lee Young, Yun Youngsun, Ju Sejong and Ki Sungyueng will try to win this game for Korea.

Who Will Win Today, South Korea or Germany? Here Is The Answer

As per the astrological match predictions, it is foreseen that Germany will either win this match and qualify for the next round of the football World Cup games or the match may end in a draw. Both the teams are going to try their level best to beat each other in this game and emerge as winners.