Somdev will be able to maintain his fame and popularity… Foresees Ganesha! 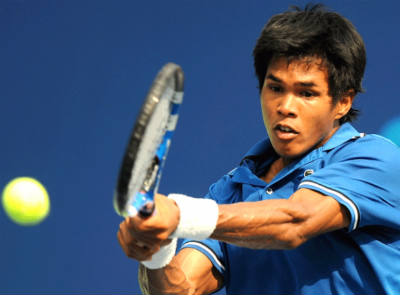 Somdev Devvarman – India’s ace tennis player has frequently hit the headlines due to his superb performance in national and international tournaments. Somdev has also bagged the prestigious Arjuna Award from the Indian government for his tennis successes. On September 18th, 2015, Devvarman hit the headlines, as he tied a difficult game against Czech No.1 Jiri Vesely in Davis Cup. The young player was quoted as saying that it was one of the best serving days of his career, as he fired 20 aces in his winning effort against Czech No. 1 Jiri Vesely to help India draw level 1-1 against top seeds Czech Republic in a Davis Cup World Group Play-off tie. What lies ahead now? GaneshaSpeaks.com’s reputed astrologers have studied Somdev’s stars and deduced that he should undergo rigorous practice to maintain his standards in the game. Read on…..

[Owing to the unavailability of credible birth-time of Somdev, the analysis and predictions have been done on the basis of the Solar Chart/ Surya Kundli with the help of his birth-date and birth-place only.]