Who Will Win, Senegal Or Colombia, In 46th FIFA World Cup Match 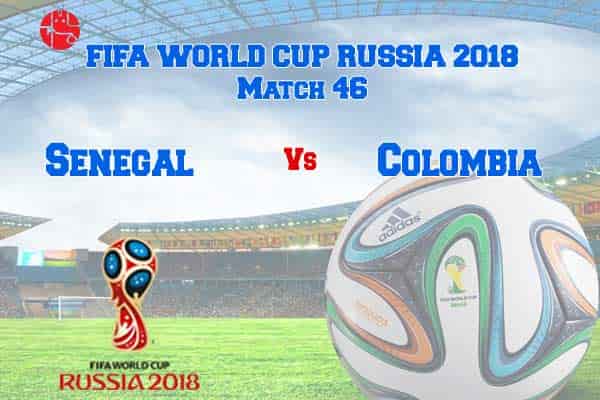 Senegal Vs Colombia Match Prediction: About The Top Players’ Performance

Senegal is in good shape where they still have not lost any match and on the other hand Colombia also showed a wonderful match against Poland but had lost to Japan in their first FIFA World Cup match. Senegal has players like M’Baye Niang, Moussa Wague, Kara Mbodji, Cheikh Ndoye, Mame Diouf and the Liverpool player Sadio Mane. Whereas Colombia has players like Juan Fernando Quintero, Yerry Mina, Radamel Falcao, Juan Cuadrado, Miguel Borja and the Bayern Munich player James Rodriguez. Carlos Sanchez may not play this game for Colombia, as he was suspended in the previous match with a Red card.

Who Will Win Today, Senegal or Colombia? Here Is The Answer

According to our match prediction using astrology, Senegal may win this game and qualify for the next round of the top 16 in the football World Cup 2018. Though this will be a tough fight with Colombia as they also have this one last opportunity to go to the next round, Senegal will prove to be a better team and go further in this FIFA 2018.