Who Will Win, Saudi Arabia Or Egypt In FIFA World Cup 34th Match 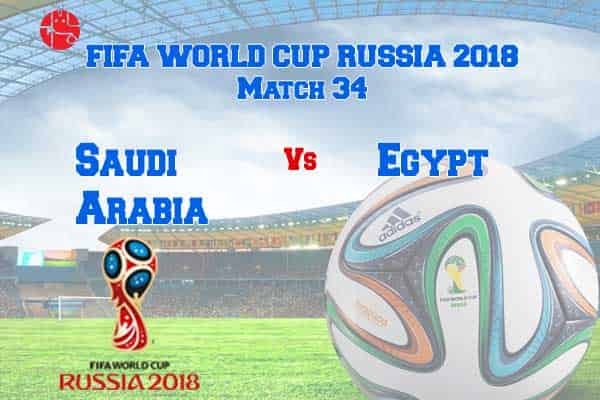 FIFA World Cup 2018 seems to be moving towards an unusual scenario. The teams which have been considered not so good are doing very well. The million dollar question is will one of these teams win the FIFA Tournament and become the champion. Well, it will take some time for this question to be settled. Currently, Saudi Arabia is going to clash with Egypt on 25th June. Read on to know what Ganesha has predicted for this Saudi Arabia vs Egypt match:

Saudi Arabia Vs Egypt Match Prediction: The Performance Of The Players

Saudi Arabian team consists of players like Abdullah Al-Mayouf, Yasser Al-Mosailem, Mohammed Al-Owais and others. And some chief players in the Egyptian team are Essam El Hadary (Captain), Sherif Ekramy, Mohamed El Shenawy. Both the teams have lost both their matches, so in some sense, they are on the same level.

Who Will Win, Saudi Arabia Vs Egypt, Know What Ganesha Has Predicted

As per the prediction of our match astrology, either Egypt will win this match or it will end in a draw. Thus, the prediction gives some advantage to Egypt in this match. And if Egypt does win the match, Saudi Arabia will get eliminated from the further rounds. So, the match is crucial for both the teams.