Sania will shine, only to fade again: Ganesha 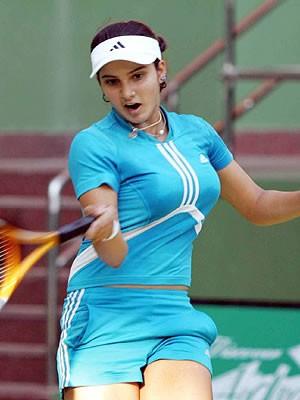 From a teen tennis icon to an injured 'has been', with a career marred by injuries, controversies and fatwas, Sania Mirza has seen it all. Born on November 15, 1986, she has been subject to indecent amount of fame and infamy alike. Now struggling to stage a comeback and better her best performance so far, Sania can be safely credited for the resurgence of women athletes in the country. It's another matter that the resurgence is too little and probably too late. Will she be able to live up to the promise she showed when she first entered the tennis circuit, or will the injuries and misfortune haunt her again? Ganesha uses the Vedic astrology system to find out. Sania Mirza Birth Day forecast Sania Mirza Horscope Date of Birth: November 15, 1986