Astrology Prediction for Sania Mirza – Will She Conquer Her Obstacles in 2019? 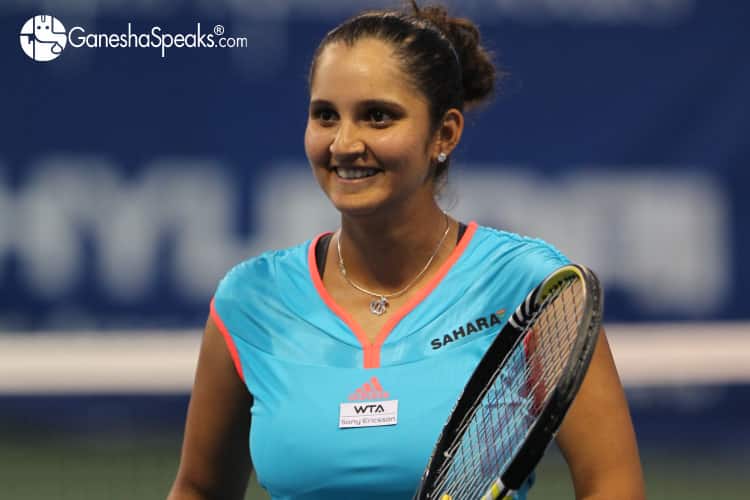 She has not only made the country of India proud with her skills in the game of Tennis but also has carved a niche for herself in this game across the globe! Born in Mumbai on the 15th of November 1986, she has been named the highest ranked female player from India as she went on to reach rank 27 in the singles discipline in the year 2007. She also has earned herself a lot of fame in the doubles discipline where she has six major titles to her name, three in women’s doubles and three in mixed doubles. Not just this, she was also listed in Time Magazine’s 100 most influential people in the world, which is a remarkable achievement in itself. Yes, we are talking about none other than Sania Mirza!

Unfortunately, Sania had to stop playing the game in the Single’s category as she suffered a couple of wrist injuries in her career and retired in the year 2013. Nonetheless, she devoted herself to the double’s category and showed the world that she still had a lot left in her. She had reached her pinnacle when she was ranked number 1 in the doubles group at the French Open with Martina Hinges in the year 2015 and is currently serving rank 16 in the same category. She is known for her strong forehand and a great returner of serve. She has several accolades to her name including the Arjuna Award (2004), Padma Shri (2006), Rajiv Gandhi Khel Ratna (2015), Padma Bhushan (2016), etc.

Sania Mirza has also been a fashion icon and has been very socially active, right from being the brand ambassador of the Indian state of Telangana, to being the UN Women Goodwill Ambassador of South Asia apart from establishing a tennis academy in Hyderabad. She got married on 12th of April in the year 2015 with the Pakistani cricketer Shoaib Malik in Hyderabad. The couple recently announced the pregnancy on social media on the 23rd of April 2018. Do you want to know the solutions to your childbirth problems? Buy the Child Birth-Related Problems Report.

She Has A Strong Willpower

Sania Mirza was born in Capricorn Ascendant with exalted Mars situated therein forming Ruchaka yoga- one of the Panchamahapurush Yoga. Also, strong Mars is a boon for a career in sports. Mars and Saturn are in exchange, adding more power. Venus- the Lord of 10th house is placed in its own house. The Yogakaraka Venus in the 10th house confirms success and fame. The Sun is in the 10th house forming Neechabhanga Rajayoga. Rahu is strongly placed in the 3rd house. So both these factors are suggesting tremendous willpower and enterprising nature. Due to such a strong planetary combination in her Horoscope, she has achieved glory and fame. She is currently under the influence of Moon Mahadasha and Venus Bhukti. To add further, the transiting Jupiter is moving over the natal Saturn in the 11th house.

She Will Be Showered With Luck And Wealth

As far as her future is concerned, Sania Mirza will achieve success in her endeavors apart from being showered with luck and wealth. She may also experience sudden gains from creative endeavors foresees Ganesha. As Atmakaraka Mars is placed in the Ascendant, she will remain associated with Tennis in one way or the other. Furthermore, she has Venus in the 10th house and thus she may also get good opportunities in fashion, glamor or the entertainment industry as well. She will also experience joyful relations with her relatives! Are you concerned about your relationships? Buy the Relationships Ask Question: Detailed Advice Report.

She Will Fight The Odds

The period between March 2019 and August 2019 may bring some problems and obstacles in Sania’s career, personal life or health. She will have to maintain her diet in this phase and avoid over-exertion. However, the transiting Jupiter will keep working in her favor, helping her to resolve her issues efficiently. Overall the year will remain progressive where she will accomplish her goals by fighting the odds!