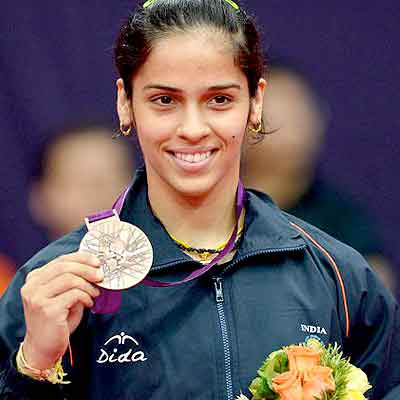 Badminton owes much of its popularity in India to the two former World Champions Prakash Padukone and P Gopichand, both of whom inspired a whole generation each to take up the fast-paced indoor game. Amongst women, though, it has been Saina Nehwal, the Hisar-born shuttler, who raised the hopes of a billion people when she won the World Junior Badminton Championship. People started nurturing great hopes from her that she would emulate her two illustrious male counterparts by becoming the world champion.

She fell slightly short, but Saina did rise to be ranked No.2 in the world in 2010, and won a third-place bronze at the London Olympics in 2012. Now with the Asian Games coming up later this month in South Korea, fans are again pinning many hopes on Saina to win a medal for India. Struggling with her current form, her enthusiasm can be gauged from the fact that she has requested the Badminton Association of India to add an extra coach, Vimal Kumar, to the contingent bound for South Korea.

Astro Analysis of Saina’s Natal Chart
Saina has Saturn Atmakaraka and her Karakamsa becomes Sagittarius. Saturn is Vargottama in her Chart. Saturn is placed with Jupiter in the Karakamsa – and forms an extraordinary Rajayoga. Mars is exalted in her Chart, and if we apply Karakamsa in her Navmansa Chart, strong Mars is placed in the 5th House there. A powerful, well-placed Mars is always a boon for any sport-person. Capricorn influence in her Chart makes Saina resourceful, determined, methodical, tough, stubborn and persistent.

What lies ahead?
Since 2012 London Olympics, her career graph has been on decline. And, Saina will be facing yet another testing period in year 2015, given the current stars, feels Ganesha.

However, it is undeniable that Saina still has plenty of badminton left in her, and she will rise from the rubble. The transiting Jupiter will help her career, and she is likely to regain her rhythm from March 2015 onwards, about time when Jupiter begins its transit to Leo. Till then her performance will remain mediocre, feels Ganesha.

The New Mentor!
Saina’s decision to tie up with new coach may not seem to be proving quite beneficial initially. However, the new coach is likely to bring new dimensions to her approach. Decisive signs of improvement in her performance, nonetheless, will begin to manifest after March 2015 only. And, she will manage to enrich India’s medal prospects during the later half of year 2015, affirms Ganesha.

Personal Life…
The adverse impact of transiting Saturn in Scorpio and transiting Rahu in Virgo will not allow Saina to settle in a permanent relationship – very soon. Saturn begins its transit through Scorpio from November (2014) first week onwards.

As the transiting Jupiter is aspecting Saina’s Natal Venus and Mars, there will, most likely, be rumors about a relationship, but nothing substantial will materialise in year 2015 for Saina on the personal front.

Name of the Contributor
Tanmay Thakar