Know The Future Of Saina Nehwal & Parupalli Kashyap After Their Marriage 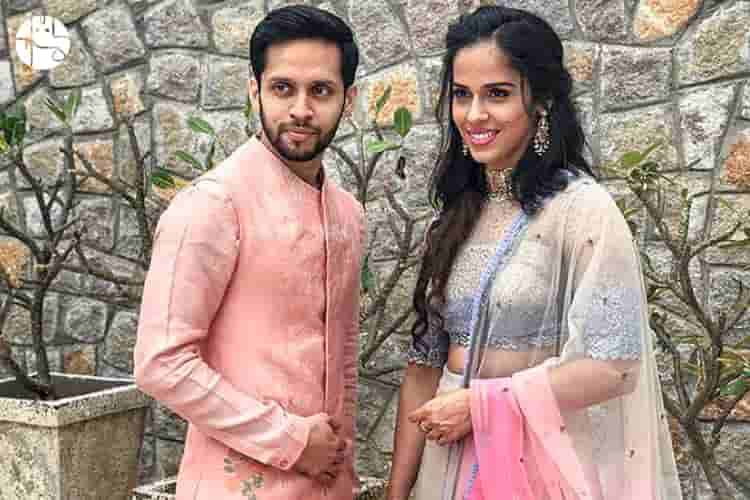 It’s an amazing feeling to fall in love, and when it happens with someone who shares the same interests, the journey is blissful. Opposites do attract, but it takes having a similar mindset to make it work effortlessly. And love calls for union. But wisdom wants this union to get stabilised and continue for a long time to come. This also holds true in the case of marriages, all the more in budding marital relationships.

Well, several young celebrity couples are making news owing to their chemistry and intimacy. One more couple who have joined this list are none other than Saina Nehwal and Parupalli Kashyap.

Saina Nehwal and Parupalli Kashyap share a fundamental similarity. Both of them are highly successful sportspersons in the field of badminton. They got married on the 16th of December 2018, in a private ceremony followed by a grand reception. We hear that the couple met at the Pullela Gopichand Badminton Academy in Hyderabad, India in 2005 while training there. Reportedly, they’ve been dating for over ten years.

The amazing Saina Nehwal won the women’s singles gold at the 2018 Commonwealth Games. She has also won over 20 major titles, which include an Olympic bronze and a silver at the World Championships. As for the Kashyap, he had reached a career-high ranking of World No.6. However, his persisting injuries stopped his rise in the men’s circuit.

Each of them knows what all goes into making a commitment. And when you’ve been together for that long, there ain’t no room for doubts. They make a good couple and seem to have a good streak going on. However, will their future be the same?

Ganesha has analysed the future of Saina Nehwal and Parupalli Kashyap. Read on to know what their astrology analysis says:

Ketu is placed in the 5th house(Sports), and the transiting Rahu is moving over the natal Ketu. The transiting Saturn is passing through the 10th house, and sadly, Saina Nehwal is also under the influence of Saade Sati. All these factors indicate a negative impact on her career. Do you want to boost your career prospects? Buy the 2019 Career Report.

To add further, both Saina Nehwal and Kashyap will base their marriage on emotions which is why they will need to be flexible and ready for compromise in case of differences. Saina will also need to maintain a balance between her personal and professional life, which may be difficult. Are you facing difficulties in love life? Access the 2019 Love Life + Marriage Prospects Report.

Saina Nehwal will face obstacles and obstructions in her sports career. She may sustain an injury, foresee the stars. Things like these can take a toll on one’s self-esteem. However, there is a silver lining to all this cosmic drama. From October 2018 onwards, Jupiter will change its sign. Which only means that new opportunities will open up. Moreover, Saina Nehwal is known for her strong comebacks even in games. Despite the unfavourable planetary positions, she may come out of difficulties and keep progressing on the path to success and glory like the true champion she is!

As per the horoscope analysis, the transiting Saturn will move over the natal Mars. According to the findings, the planets will not give their full positive influence. So, Parupalli Kashyap will have to work very hard.

Besides, there is a possibility that he may have arguments with a fellow player. This may hamper his equation with his colleagues. On the other hand, his relationship with his wife will be great. The planets, however, will not support him in his profession. So, Parupalli Kashyap will have to be careful and cautious in both, his personal and professional life.

We have nothing but respect for these amazing athletes. They’ve not only inspired us with their sports achievements but also given us couple goals!