Saina is Destined to Shine Even Brighter; August 2016 Onwards Will Be a Dream Phase! 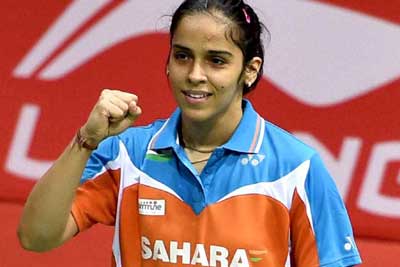 Once Jupiter enters the Sign of Virgo in August 2016, Saina may plan to expand her horizons even beyond the Badminton Court, and she may also find someone 'interesting' post this period.
Saina Nehwal – the Badminton Player who has held on to the incredible position of World No. 1 for quite some time now, is undoubtedly an iconic player and a super sport-person! What is the most amazing thing about this fiery shuttler is that she has achieved so much, which  many are not able to accomplish even in their entire lifetime. Apart from bagging a lot of laurels, awards and prizes in various Badminton Tournaments, in the latest Padma Awards, she was conferred the Padma Bhushan – the third highest civilian honour in India! She is just 25, and with this speed and calibre, we can be sure that she will rise to even greater heights. This astrological feature by Ganesha explains what makes Saina such a strong force and also gives an idea of what lies ahead for her in the times to come. Read on!
Saina Nehwal – Badminton Player, Padma Bhushan Award Winner
17th March, 1990
Hissar, Haryana
SOLAR CHART