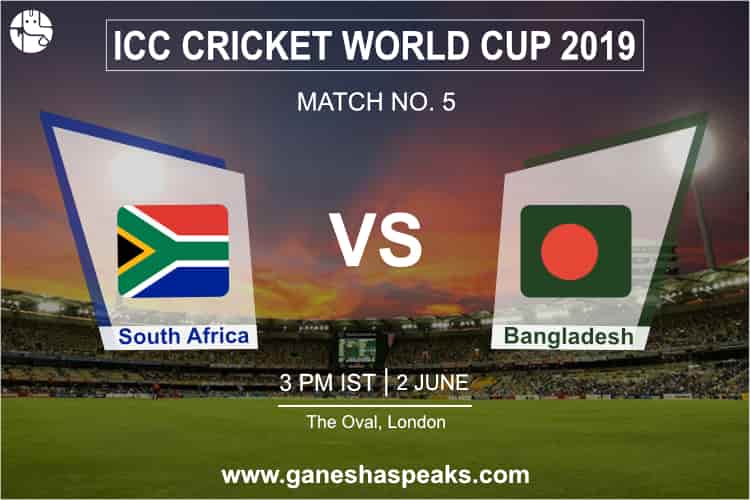 South Africa is in great form based on their recent consecutive wins against Sri Lanka. Faf du Plessis will be leading the team this season. We’ve seen him play some great matches in the IPL as well. He is a seasoned player and will not shy away from leading his team to victory. Mashrafe Mortaza will be leading Bangladesh, and like his worthy opponent, he too is a good player.

A championship as big as the world cup brings in a rush of adrenaline. We wonder who will come out as the winner. We’re far away from the finals at this point; however, the journey leading up to that moment is just as exciting. Who do you think will win the 5th match of the ICC World Cup 2019? Will it be the South Africans? Will Faf du Plessis lead his team to victory? Let’s find out what Ganesha has to say for he has carefully analysed this match.

According to Ganesha, the winner of the 5th match of the ICC World Cup 2019 will be Bangladesh!


Know What Stars Says About You Today!