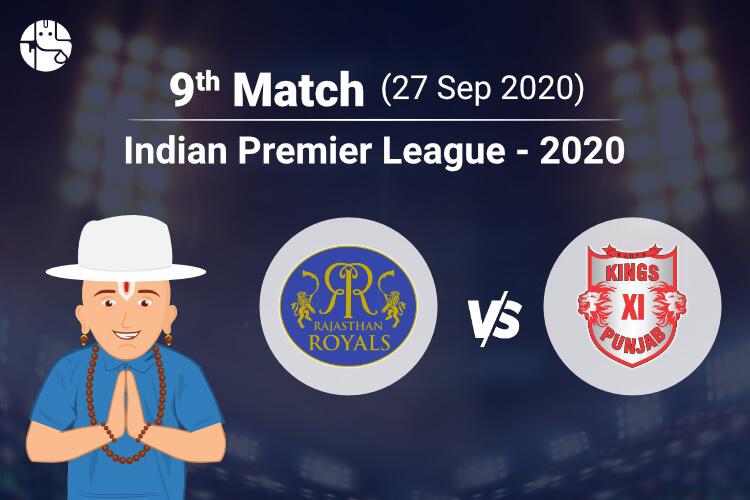 IPL 2020 comes back to Sharjah, the smallest ground of the tournament and batting heaven for the batsmen like Sanju Samson and KL Rahul. The next fixture promises to be a cracker of a contest with RR vs KXIP. In the history of the IPL, Rajasthan Royals vs Kings XI Punjab have some of the most balanced records. Out of 19 matches between two teams, RR has won 10 and KXIP have won 9. Though RR has ruled KXIP in some of the recent seasons, the record still shows KXIP very close to them.

Will today’s match be able to balance the tally? KXIP would surely hope so. Their captain KL Rahul has found the form at a very crucial time after losing their first match, and it is a kind of form that makes him a sole match-winner on his day. Scoring 132 in 69 balls is no small feat anywhere in the world, but to have that score in Dubai speaks volumes about his class. Kings XI Punjab has found another hero among themselves, and that is Sheldon Cotrell. He’s in superb form and taking wickets on call. They would surely like to continue this form in RR vs KXIP.

Rajasthan Royals, on the other hand, did play according to their game plan for most parts. Young Yashaswi Jaiswal could not make the most out of his first outing, and he would be itching to bat again. Superman Smith, however, looked natural in his new role as an opener. Though Jofra Archer’s cameo with the bat took them to an untouchable total, they would like their specialist batsmen to fire more, as Sanju Samson did in the last match.

With both RR & KXIP coming from a win, whom do you think will win today’s match? Is another explosive batting display from KL Rahul on cards? Let’s find out what astrology has to say about the fate of the match:

Luck seems to be eluding Rajasthan Royals in IPL 2020 when it comes to the toss! Today’s prediction tells us that the toss is likely to be won by Kings XI Punjab.

Rajasthan Royals vs Kings XI Punjab: Players to Watch Out

If it ain’t broke, don’t fix it. KXIP should rely on the players that have worked for this season. In the Batting department that would be KL Rahul, Glenn Maxwell and Mayank Agarwal. Bowling will again be led by Sheldon Cotrell, Mohammed Shami, and Ravi Bishnoi.

For Rajasthan Royals, batting will be led by Sanju Samson and Steve Smith again, with Robin Uthappa and Rahul Tewatia. Bowling will be handled by Tom Curran and Jofra Archer. Shreyas Gopal will be handy with both bat and ball.

Who Will Win the Match?

Kings XI Punjab seems to be on the right side of luck. They are likely to win the match and force RR into their first loss of the tournament.

Stay tuned with us for upcoming IPL 2020 Matches Predictions.

To Get Your Personalized Solutions, Consult An Astrologer Now!