Rohit Sharma 2017 Predictions: Destined To March Ahead But May Face Mental Confusion 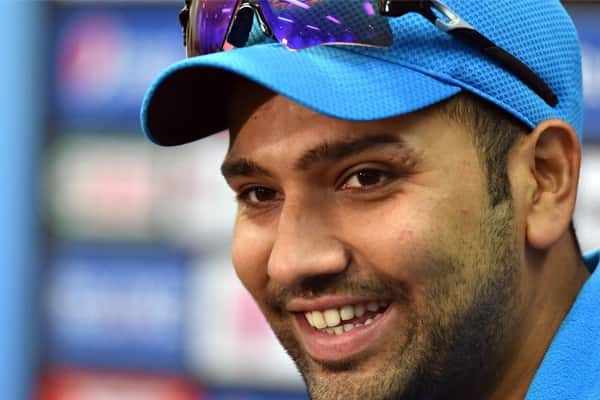 It is said that cricket is about hard work and sustenance. Who would reflect it better than the aspiring cricket superstar Rohit Gurunath Sharma? This super talented and super deserving player has created history by breaking records one after the other. Today, he has come to occupy a very significant place among the top cricket players of the world. The fact that Rohit Sharma is quiet and peace loving by nature adds another feather to the cap of this most noteworthy player.
Rohit is currently the captain of Mumbai Indians team. But he is far from being just another captain. His batting style is attuned to the best quality and standards. He knows perfectly the way to hit the ball in such a manner that it skips the fielders and reaches the boundary. It was out of this style that he became the only player to hit 264 runs in One Day Cricket. He has also become the fourth IPL player in the world to have crossed the mark of 4,000 runs. He also holds the IPL record of making his team win a maximum number of times by hitting a sixer in the last ball of the match.
Rohit had begun his career in 2007 when he played his first one-day international match at the age of 20. He has come a long way in these years to prove his talent and help his team win various matches. Ganesha has analysed Rohit Sharma’s horoscope and found an amazing career ahead. However, he will need to stay away from his mental confusion.

Rohit Sharma: What The Planets Are Saying

The Surya Horoscope of Rohit Sharma is characterised by Sun, Venus and Jupiter (in its house) causing Hans Yog or Malav Yog. Shadow planet Rahu is come along with them and is giving similar results. On the other hand, Sun is heightening his success and showering Rohit Sharma with even more fame and glory. Want to Know what the planets are saying about your career? Buy 2017 Career Report and find out.
The good combination of Sun and Mercury has made Rohit Sharma very intelligent. If we see the horoscope, the combination of Venus and Mars are creating a significant situation called Lakshmi Yog.

Rohit Sharma: He Is Bestowed With Huge Intelligence

Ganesha has found on studying the Surya Kundali of Rohit Sharma that he holds a unique alignment between Sun and Mercury. This has given him amazing intelligence and wisdom. Besides, Moon combines with Mars and makes him fearless and self-confidence. This is the reason why since his childhood Rohit Sharma has been inspired to achieve anything and everything. Filled with self-confidence, Rohit Sharma prefers to be self-dependent. He uses his wisdom and discriminating power to tackle various issues in life.

Looking at the planetary positions in his horoscope we find that till September Jupiter is in Virgo, so his birth time Jupiter is eyeing Venus. Thereafter, Jupiter will move to Libra, so Jupiter will eye Sun. This may bring him a lot of popularity.

After August 2017, Rahu will stay in the Cancer sign. This may trigger mental struggle, restlessness and lack of peace. He may witness various emotions in his mind. When hopelessness begins to conquer the personality of an individual, it begins to reflect on his work as well. So, this may impact his career and it may lead to his career growth going medium. Are you confused about your profession? Get the solutions with Suitable Career/Business Field Report.

Due to planetary positions, if his performance goes somewhat weak, it is not something to be worried about. He may also sustain some minor injury on his body. He will have to take care of his health.

Rohit Sharma: Performance And The Duration Between June-August

Due to the positive planetary influence, his performance during the ongoing IPL match will be good. He may be able to score many runs. During June to August, he may lose peace of mind due to mental instability. As Jupiter will eye Moon, so he may come out of his confusing situations and get clearer in his outlook.

On analysing Rohit Sharma’s Surya Kundali it can be said that due to positive planetary movements Rohit Sharma will be able to do well so far as a cricket player. He will not just perform well but also add feathers to his cap by making new achievements in his career. However, the planetary influence after June 2017 may make him restless. Due to mental gloom, his performance may also go down somewhat. The future holds a mixed bag for Rohit Sharma, it can be said.