RCB vs RR Match Prediction: Who Will Win RCB vs RR IPL Match 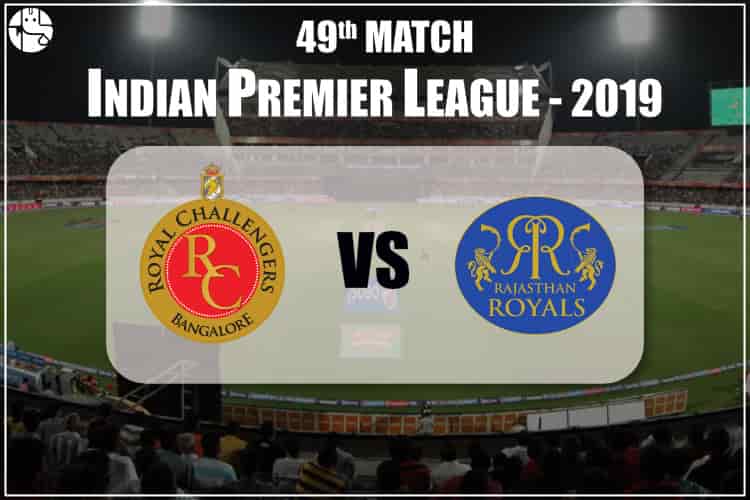 The only way the Royal Challengers Bangalore will qualify for the next round if they win all of their three matches and if the Chennai Super Kings, the Mumbai Indians and the Delhi Capitals defeat the teams they will face. They stand on the eighth spot on the table. Their prospects do not look good. However, IPL is known to be dramatic. The Rajasthan Royals on the other hand also seem to have the same fate. This game is going to be of utmost importance to both these teams. Who do you think will win the 49th match of the IPL 2019? Will the Royal Challengers Bangalore win the match? Or will it be the Rajasthan Royals who take home the victory? Who do you think will win the toss? Which of the players will get to outshine in the match? Ganesha has carefully analysed this game. Let’s find out what He has to say.

As per Ganesha’s findings, the RCB vs RR toss between RCB and RR will be won by Rajasthan Royals

According to Ganesha, between RCB vs RR match, the team to win the 49th match of the IPL 2019 will be Royal Challengers Bangalore.