RCB Vs MI – Who Will Win 7th IPL Match? Prediction by Ganesha 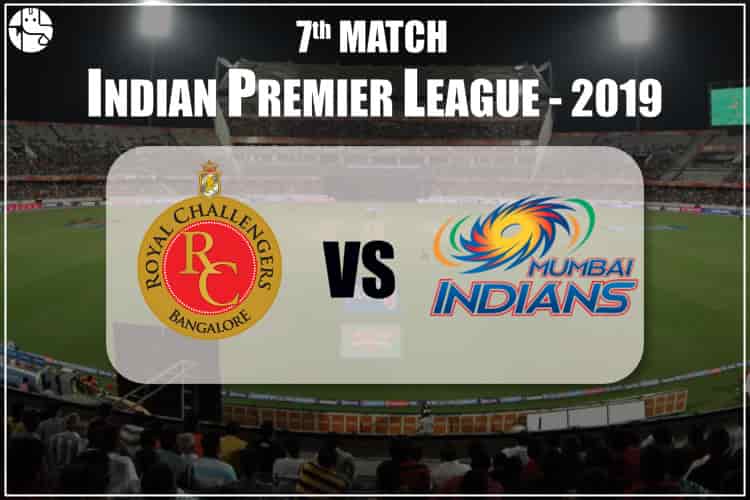 The Royal Challengers (RCB) this season seem to be all fired up with their posts on social media. The ‘Bold Squad’ is indeed ready to take on the Mumbai Indians (MI). What makes this match special for the Royal Challengers is the fact that it is on their home ground. It’s a different kind of adrenaline when a team plays on their home ground. However, they have a lot more to prove to their fans because even after having some of the biggest players on the team, they are yet to do justice to the game. Virat Kohli is certainly a tested player but will his charms work this season? On the other hand, Bumrah seems to have joined his team Mumbai Indians in Bangalore to prep for the IPL match 2019. Will he be fit to play?

Ganesha has peaked into the future. Read on to find out more!

The star players from the RCB team according to Ganesha will be the not-so-surprising Virat Kohli, UT Yadav, Ab de Villiers and Mohammed Siraj. As for the Mumbai Indians team, the key players will be E Lewis, MJ McClenaghan and SA Yadav!

Mumbai Indians may have had a not-so impressive start to the leage this year but according to Ganesha, the Mumbai Indians will win the Toss in their game against the Royal Challengers Bangalore. Will this little victory set the tone for the match?

Ganesha believes the Royal Challengers will get their dues and win the Match against the Mumbai Indians.