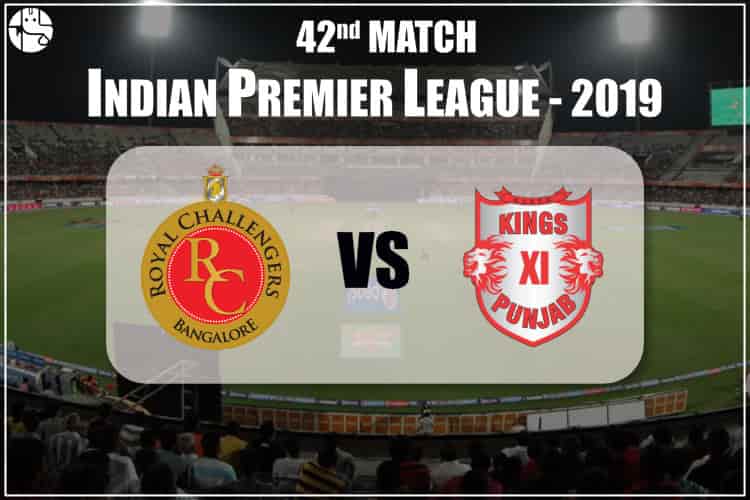 The Kings XI Punjab have been playing well in the league so far. And they also stand a very good chance to win it all. They are currently 4th on the table. The Kings XI Punjab are known to introduce good game strategies and execute them with much ease. Even in their game against the Rajasthan Royals on the 16th of April in the 32nd match of the IPL 2019, they managed to come back into the game after a slow start. As for the Royal Challengers Bangalore, they’re the underdogs this season. However, will the underdogs defy odds and win the championship as it happens in the movies? The chances of that happening are rather slim. They’ve struggled from day one this season and only have one good win to talk about. We wonder who will win between the Kings XI Punjab and the Royal Challengers? Who do you think will win the 42nd match of the IPL 2019? Ganesha has analysed this game very carefully. Let’s find out what He has to say.

As per Ganesha’s findings, the toss will be won by Royal Challengers Bangalore.

According to Ganesha, the team to win the 42nd match of the IPL 2019 will be Royal Challengers Bangalore.