Astrological Predictions For P V Sindhu: Will She Conquer Greater Glories In 2018? 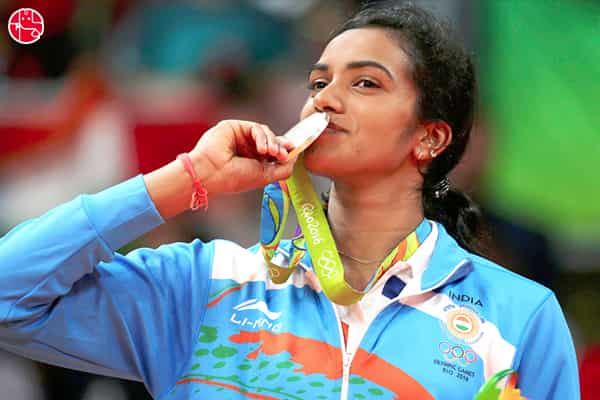 Twenty-two-year-old PV Sindhu of Hyderabad, the precocious Indian women’s professional badminton player who stands at number 4 in the Badminton World Federation (BWF) rankings, did India proud by winning a silver medal in the recent World Badminton Championship for women. Sindhu had earlier won her first silver medal in 2016 in the Summer Olympics. PV Sindhu is the second Indian women badminton player to win a silver medal in an international event, the first being Saina Nehwal. Now, read Ganesha’s analysis to know how the future life will unfold for PV Sindhu:

Mercury is the Atmakaraka and Mars is the Amatyakaraka in PV Sindhu’s chart as per her horoscope. Mercury is exalted in the Navmansa. So, Indian women’s badminton player PV Sindhu has exceptional abilities to set the speed of the game according to her kundli. PV Sindhu is also tactically very good. It also indicates a high level of visual fitness to read the game along with good anticipating actions and excellent strategic decisions. It should also be noted that PV Sindhu belongs to the Cancer zodiac sign who are very passionate about what they can do. One important purpose of all the professional efforts is to earn money. Are you seeking guidance to boost your revenues in business? If yes, get the Free 2017 Business Report and surge ahead in life.

The Venus-Mercury exchange provides PV Sindhu with the abilities for more precise reactions and a superb eye-hand coordination. Mars in the fiery sign Leo helps PV Sindhu to generate a lot of power in her game and speed to ensure accuracy in her shots according to her Astrology chart. Everbody wants growth in career. If you are seeking help for success in professional life, we have the means ready for you. Buy the 2018 Career Report and get the golden guidance in your career.

Sun and Moon both are in the sign of Mercury, which also is a positive factor to get success in one of the fastest sports in the world. The favourable transit of Jupiter and Saturn has helped her achieve glory by winning a silver medal in World Badminton Championships as per her birth chart.

2018 Will Be Another Successful Year For PV Sindhu

The transiting Jupiter in Libra will also remain favourable for PV Sindhu, hence she has got a bright period ahead in her career. Her performance will considerably improve according to her horoscope. PV Sindhu’s BWF world ranking will also improve as she is likely to win medals in major tournaments during the year 2018 as well. However, the transiting Saturn might block her progress; hence, it will be difficult to get to the No 1 rank during the forthcoming year.

PV Sindhu will have to raise the bar of fitness as the transiting Saturn also indicates some fitness issues, particularly during the middle of the year 2018. Nevertheless, her career graph will keep on rising says Ganesha.