The Sri Lanka Captain’s batting style is characterised by grace. And to add to it, the southpaw’s glove work has also improved by leaps and bounds in the last few years. This finds him a place among the best wicketkeeper-batsmen in cricket’s history. In IPL, he plays for the Kings XI Punjab and come IPL-3, fans will see him captaining the side. 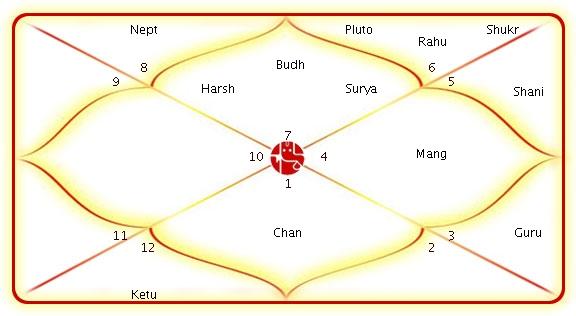 The left-handed wicketkeeper batsman, Kumar Sangakkara, will get a lot of planetary support in IPL-3. The transiting Mars over the natal Mars indicates that his approach will be extremely aggressive which may help his team, Kings XI Punjab, significantly between 21st March and 2nd April. The transiting Jupiter trine natal Sun will see him come up with fine knocks. 9th April onwards, the transiting Venus will spice up his batting and make him a consistent performer.