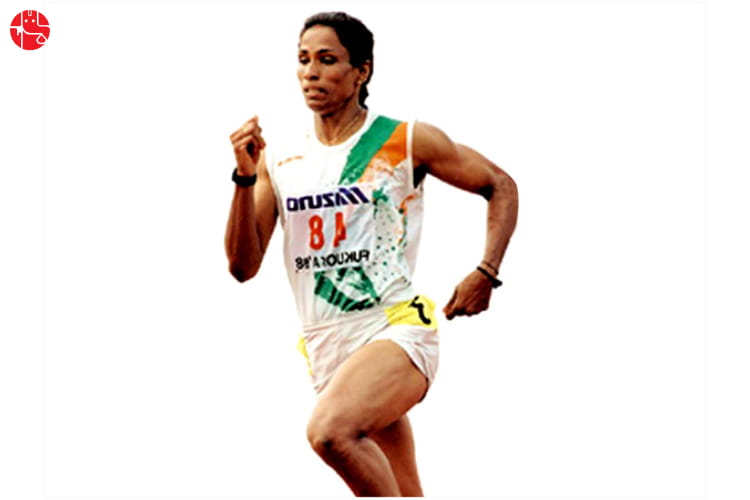 Legendary Indian sprinter P.T Usha also called as “The Queen of Indian track and field” will be one of the six members of the AAA Athletes Commission, to be headed by 1992 Olympics gold medallist hammer thrower Andrey Abduvaliyev of Uzbekistan. The other members of the Athletes Commission are Wang Yu of China, 2012 London Olympics gold medallist triple jumper Olga Rypakova of Kazakhstan, Lee Hup Wei of Malaysia and Saad Shaddad of Saudi Arabia.

Usha, known as ‘Payyoli Express’, blazed the tracks at the Asian stage in the 1980s. She won four gold medals and one bronze in the 1986 Asian Games in Seoul. A year before, she won five gold and a bronze in the Asian Championships in Jakarta.

She missed an Olympic medal in the 1984 Games in Los Angles by a whisker as she finished fourth in women’s 400m hurdles, losing the bronze by one-hundredth of a second.

Such was the speed, grace and charisma of PT Usha, who notched up 102 international medals and 1,000 plus awards at National & State-level meets. For her achievements, Usha has been conferred the Padma Shri and Arjuna Award.

PT Usha retired in the year 2000, with a promise to groom bright young talents in her sports school in Kerala called ‘Usha School of Athletics’and the legendary athlete is now actively involved in running it.

However, how will her future be?

Read Ganesha’s prediction to know the answer to this question based on PT Usha’s birth chart:

1- What is the future of PT Usha prediction as AAA athletes commission member?

As per P. T. Usha’s Sun chart, the beneficial phase of Jupiter is likely to boost her success prospects in coming future. There will be an overall positive effect on P.T. Usha’s career also due to Saturn’s influences, her roles and responsibilities will increase.

On the other hand, the influences of Saturn-Ketu indicates that she will work hard to get the desired success in her path. She will get mixed results due to adverse planetary influences. But, the positive thing is that she will get more focused on her work. Thus, she will gain a lot of respect for her performance and recognition of the efforts taken. The ending part of this year post-November 2019 will remain favourable for her further journey.

2- Whether she would be able to continue to contribute to the development and success of Asian Athletics with her sound knowledge and expertise?

Yes, there are chances that she will be able to continue to contribute towards the development and success of Asian Athletics through her sound knowledge and expertise. Though she may have some differences of opinions with the authorities, the things will be manageable, and the transiting Jupiter will help her to sort out the issues positively.

On the contrary, she will be able to find new energy to focus on her further tasks. This results will be rewarding for her. She will be able to concentrate on her health and fitness. The positive impacts of this transit will help her work towards her goals for health and wealth much comfortable than before.

P. T. Usha is passing through Sade Sati Phase, which may cause some delays and obstacles in her path. But the things will be manageable.

PT Usha’s appointment as a member of the AAA Athletes Commission is a great honour for the country. Ganesha truly hopes P.T. Usha’s story continues to inspire the young athletes in India.