Prediction of Sachin Tendulkar's career, on his of 35th Birthday. 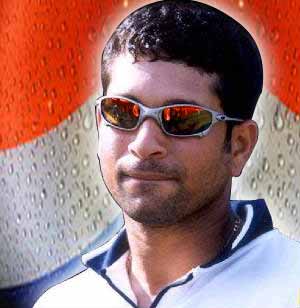 Who is The God of Indian cricket, The next Donald Bradman of International Cricket, The Master Blaster and The Bombay Bomber, very well known for his dignity and patience? Yes guys!! You will answer without batting your eyelids that he is our own little Champion 'Sachin', Sachin Ramesh Tendulkar. Mumbai, the mecca of Indian cricket blessed India with a great cricketer, Sachin Ramesh Tendulkar. 24th April 1973 is really an important day for Indian and world cricket when Rajni Tendulkar gave birth to a child and named him....Sachin. Later on, the name itself strikes terror in the hearts of bowlers and captains all around the world. The legendary cricket icon will complete 35th year of his life on 24th April 2008. At the outset, we greet him a Happy and Wonderful Birthday, in advance. We hope that this Birthday is accompanied by good health, prosperity and mirth. As per the prediction, in my previous article, the cricket world has witnessed some of the glorious innings in the end of 2007 and in beginning of 2008 from the little master blaster. Lagna Chart

Current planetary influences He is currently running Rahu-Ketu-Saturn period and the transiting Saturn is moving with Ketu till the end of April this year. Saturn is the Lord of 5th and 6th house of his natal chart. So planetary influences are not in his favor forcing him to rest due to injuries. He will be under the influence of Rahu-Ketu-Mercury period till the last week of June. Mercury the Ascendant Lord is debilitated. So extra care of health and fitness will be required till the end of June this year. He will be under the influence of Rahu-Venus period from 26th June and Venus the Lord of 9th house is placed well in Navmansa chart and also in D-10 chart. That will surely help him to recover and perform at the highest level. Solar return Chart

Effects of Solar return chart In his solar return chart, Leo Ascendant is rising with Saturn and Ketu placed therein. Leo falls in the 12th house of his natal chart. So the Saturn-Ketu conjunction in this chart cannot be reckoned auspicious in any way. But the year Lord Sun is exalted and Muntha in the Ascendant signify honor, wealth, and destruction of enemies and also start of new work. The strong Muntha Lord and year Lord will also help him to maintain good health. Future Predictions The period till 26th June is not favorable for physical fitness and may cause him health problems. He should concentrate on fitness rather than making a come back in haste. There is no doubt that the master blaster will join the Team India and play some spectacular innings between July and October 2008 but again fitness problems come to the fore between October 09, 2008 and December 06, 2008. So we might witness some superb cricket in patches from Sachin. The year will be a mixture of excellent cricket and physical problems. Therefore he should plan his career accordingly and must be more selective. Over burden will surely cause him health problems in coming years. We grab this moment to hope that may each and every passing year bring him success, health and cheer and to wish him good luck. May Lord Ganesha's best blessings be showered on him on his birthday. Ganesha's Grace, Tanmay K.Thakar The GaneshaSpeaks Team