Planets are in Dimitri’s favour this IPL season, says Ganesha

Dimitri Mascarenhas may have played a very few ODIs for England, but he has definitely made his presence felt with his all-round performances in county cricket. The tremendous abilities of this promising cricketer, who currently plays for three clubs, got him a position in England’s ODI team. His ability to score big knocks makes him ‘Ideal T20 material’. With 30 runs off 5 balls in a match against India, he holds the record for most runs for England in an over in an ODI. In a T20 match against New Zealand, he again hit 4 consecutive sixes. He also holds the record of the first hat-trick in T20 cricket. Dimi, who was the first England player to join the Indian Premier League, plays for Rajasthan Royals, the winners of IPL-1.

With IPL-3 just around the corner, Ganesha, using Vedic astrology, predicts Dimitri’s performance during the season: 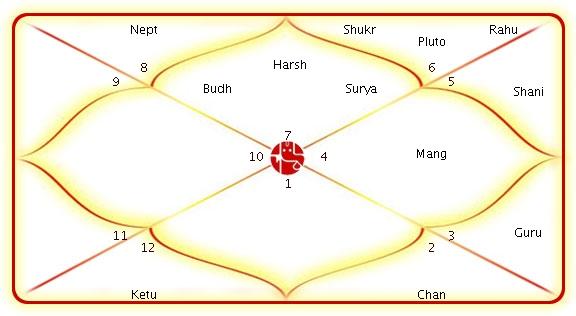 One of the most effective player of one-day and Twenty20 cricket, Dimitri Mascarenhas will have enough planetary support during IPL-3. The explosive right-handed batsman and useful right-arm medium-fast bowler will come handy for Rajasthan Royals. The natal Sun trine Jupiter will help him give great performances in vital games. The transiting Mars moving over the natal Mars will boost his morale significantly. If he is given a chance to prove his mettle, Mascarenhas will make his chance count by slapping the opposition ruthlessly. He will also help his squad with some disciplined bowling performances. His reflexes and positive energy will make him very effective in the fielding department as well.