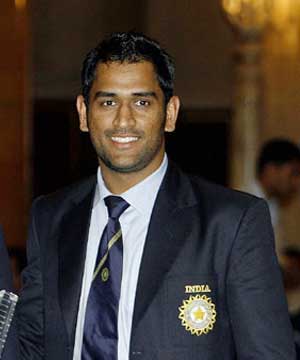 Known for his Captain Cool image, Dhoni was the favourite whipping boy for one and all before India began its tour of West Indies. But, the man who had lead India to its maiden T20 World Cup win in 2007, sure knows a thing or two about making a comeback. And he proved his mettle once again during the recently concluded series in West Indies, which India won 2-1.

As the charismatic captain celebrates his birthday, Ganesha predicts what the future has in store for MS Dhoni.

MS Dhoni has Mars Atmakaraka placed in its own star Mrigasira, which makes him very original, independent and strong in body and mind. Though he has faced many challenges, and downers in his life, failures have become the key to his success. He has Sun exalted in the Navmansa, which gives him tremendous potential. He has Mercury placed in its own sign, which makes him a good orator and a person with a good business acumen. Saturn-Jupiter conjunction shows discipline and hard work that he has shown so often both on and off the field. He has Venus-Rahu conjunction which shows his emotional, artistic and imaginative character, largely responsible for his iconic status.

The auspicious aspect of the transiting Jupiter at the beginning of the year on natal Venus may boost his morale. He will be calm and positive in approach and will lead the Indian Team to greater heights. The transiting Saturn may create problems from mid-August 2009 and his form may dip during that period. Moreover, the transiting Rahu’s entry in Sagittarius spells difficult for the Indian captain. From 18th November 2009, he will remain a bit confused and he will also have to face new challenges at regular intervals.

The transiting Rahu in Sagittarius Navmansa during the months of November and December 2009 might make him restless and indecisive at times. An injury is also indicated during the said period. It will be better for him to take as much break as possible from his busy schedule.