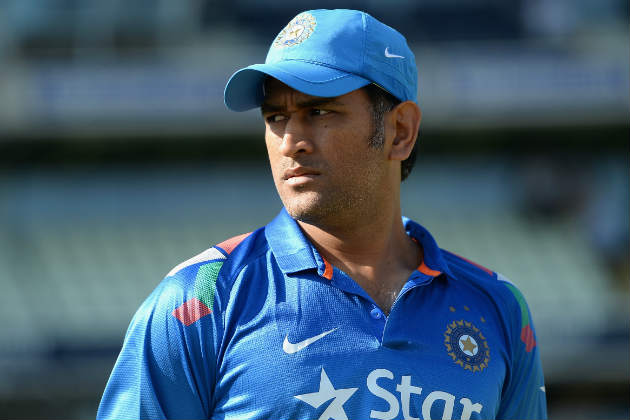 Popularly known as “Mahi” by his fans and contemporaries, Mahendra Singh Dhoni shocked the cricket world when he announced his decision to step down as captain in two installments. He is a tremendous force, a man who enjoys the status of the captain to have led the Indian Team to World Cup victories in all three the formats of the game. Even without the crown, the man shines bright and has been excelling in the role of an advisor to captain Kohli and his tips have been proving to magical and have helped India to turn the tables on the opposition in the recent games. With that element of unpredictability and stoic exterior, it is very difficult to predict what's going on in Dhoni's mind. But, there's nothing impossible for Ganesha, as he predicts some interesting things about the the kind of events likely to shape in the life MS Dhoni in the upcoming months. One of the predictions that Ganesha makes is that Dhoni's performances may fluctuate post June, and that his fitness may become a cause of concern. Read on  to catch the detailed scoop.
Mahendra Singh Dhoni
Date of Birth: 7th July, 1981
Time of Birth: 11:11 (Unconfirmed)
Place of Birth: Ranchi, Jharkhand, India
Surya Kundli

Get Your Hand-written Janampatri By Our Experts.
MS Dhoni 2017: What's Up With Mahi's Planets?
Dhoni is currently passing through the Rahu Mahadasha and the Venus Antardasha. Both these planets are well-placed in his Horoscope, thus he will have a very prominet role to play in Indian Team. He will be able to contribute well to the side with good scores as well as his invaluable inputs and ideas. As he is under the influence of the Dasha sequence of the planets placed in the 11th House, he will be able to delight his fans well.
Planets Indicating A Very Crucial Phase
Ganesha observes that Jupiter is currently passing over the trio of natal Jupiter, Saturn and the Moon posited in Dhoni's Ascendant. This favourable transit will bless him with the courage, confidence and stamina to face the challenges that may arise in the first half of 2017. Moreover, Saturn will be transiting through the 4th House and will be aspecting the planets posited in his Ascendant as well as the 10th House. Both these aspects indicate that Dhoni is going through a very decisive phase and his giving up the captaincy in all the formats of the game as well as the end of his stint as the captain of the Pune team are all the outcomes of these transits.
Why don't you also ask our expert astrologers about your career? Order Career Ask A Question To Get Answers
The Return Of The Ghosts Of Inconsistency
Things may get a bit tricky for the seasoned campaigner post June as from 30th June, 2017, he will be under the influence of Rahu Mahadasha and Sun Antardasha. Inconsistency may start creeping in, and his performances may get affected. He may not be able to rise to the occasion in some matches and may not be able to meet people's expectations. There are strong indications that he may decide to take a 'break' during this phase.
Fitness Blues:
During its transit through the Sign of Sagittarius, Saturn will be aspecting the natal Sun and Mercury in the 10th House of Dhoni's Chart. Due to this, fitness may become a cause of concern for Mahi. Thus, the latter half of 2017 looks shaky for him.
Dhoni Is Here To Stay:
Though there will be some testing phases and problems for Dhoni in the upcoming months, he will continue to be in the spotlight in some capacity or the other, before he hangs his boots. He is going to be a huge asset in the team which has a major composition of the younger lot of players. There are decent chances that he will be available as a player for the next World Cup.
With Ganesha's Grace,
Tanmay K. Thakar
The GaneshaSpeaks.com Team
Talk To Astrologer Now For Expert Guidance And Smart Solutions!
Share