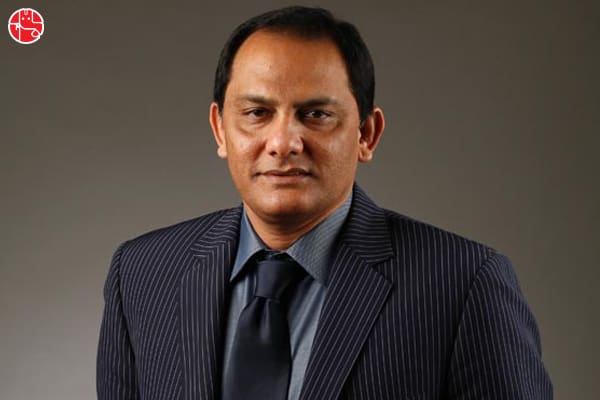 Mohammad Azharuddin at his peak was a sight to behold! Any cricketing connoisseur will tell you that his stylish batting and wrist-work, especially on the leg-side, rank right up there among the game’s luminaries. Some people who saw Mohammad Azharuddin batting go to the extent of calling him a Michelangelo amongst house-painters. His eventful career was marked by innumerable achievements on the field spanning his 99-Test career, which unfortunately ended disgracefully with the BCCI imposing a life-ban on him in 2000 on charges of match-fixing. Azhar later entered politics, joining the Congress party and being elected as MP from Moradabad. Ganesha peeps into Mohammad Azharuddin’s horoscope and predicts what is in store for him in the future. Read on to find out.

Mohammad Azharuddin is born with Virgo Ascendant and Mercury is placed with Ketu in the 5th house. So, Azhar is dynamic and spontaneous. He is also hardworking, efficient, and methodical and can work his way out of any challenge as per his Zodiac sign Aquarius. This was clearly seen in his cricket career. But, he is choosy about people and can sometimes be stubborn as per Mohammad Azharuddin horoscope. His relationship with his ex-wife Sangeeta Bijlani might have deteriorated because of this reason.

Can Connect With Voters

He has debilitated Mars in conjunction with Moon in its own sign Cancer. It indicates Azharuddin’s abilities to connect with voters as per Astrology. He is disciplined, aggressive and prefers to express his views and policies strongly according to Mohammad Azharuddin birth chart. But, the presence of Rahu with Moon and Mars can lead to aggression, controversy and he is likely to get carried away when he occupies a high position as per Mohammad Azharuddin career horoscope. This can also make Mohammad Azharuddin lose friends and relations. Money and power should not make us arrogant. At the same time, we always need our money to grow. Are you concerned about your finances? If yes, get the Free 2018 Finance Report and set to rest your financial issues.

Also, Sun is placed with Saturn and Ketu in Capricorn. The Sun signifies success and fame and Saturn represents delays and obstacles in life as per his predictions. When these two planets of contrasting nature are in conjunction, then the person has to encounter a lot of challenges, frustration and struggles in life. There can be too many problems and testing situations in life according to Mohammad Azharuddin future. This also indicates troubles from the law enforcing agencies. He had faced this situation in past when he was banned from playing cricket along with Ajay Jadeja and Manoj Prabhakar. Venus in the 4th house has helped the cricketer Mohammad Azharuddin rise to a prominent position but the adverse planetary influences caused a massive turmoil and setback in his life. His life won’t be easy. Do you want to foresee your life and mend it? Buy the Remedial Solutions for Personal Issues Report and improve your future.

He is currently under the influence of Rahu Mahadasha and Rahu Bhukti hence he will definitely try to make his mark and begin a new inning in politics. The transiting Jupiter will also help him find the opportunities to reestablish himself. His efforts and aggressive campaign will help his party to increase vote share in the forthcoming elections as per Rahu transit.

But The Path Will Be Strewn With Thorns