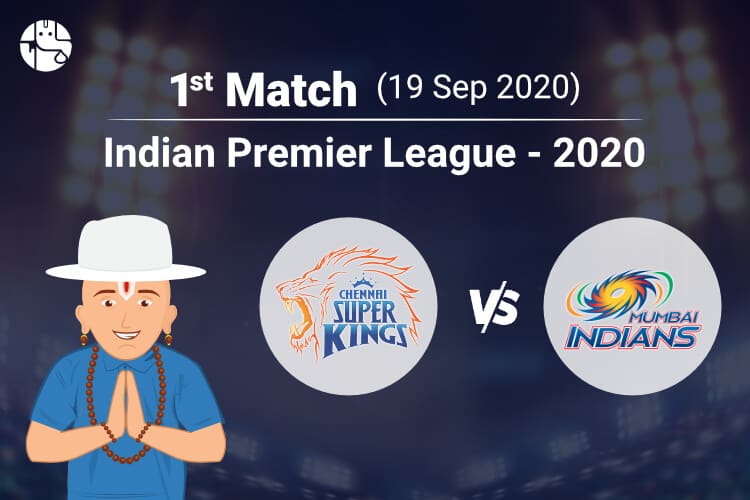 After a long delay of five months, IPL is here to entertain the cricket fans deprived of quality cricket for a long time. As it has been the norm with IPL, the finalists of the previous edition will face each other at the outset of the tournament, with both the teams currently dealing with issues of their own. What makes the match all the more important is Dhoni’s return to the cricket ground after his retirement, last seen a year ago in the Cricket World Cup 2019.

Who will win the first match of IPL 2020? Will Mumbai start slow again? How will be Dhoni’s IPL 2020? There are a lot of questions and anticipations, and then some!

Mumbai Indians won the last time these two teams faced each other, and it was, of course, the IPL 2019 final. However, Mumbai Indians have always been considered to be the slow starters as they are used to losing few of their early matches and gain momentum in the latter part of the tournament. With the likes of Jasprit Bumrah and Trent Boult, their bowling, which has been an issue in the past, now looks more polished. However, Lasith Malinga pulling himself out of IPL 2020 doesn’t help their cause.

Chennai Super Kings, on the other hand, are known to stay strong during the tournament. But their arrival in the UAE has been shaky, to say the least. A few of their players were tested positive for Corona, and their training started late compared to other teams. After that, two of their veterans Suresh Raina and Harbhajan Singh pulled out of the tournament. The team with an average age of 31, seems to be in trouble. Though we can say age is just the number, as CSK being one of the most consistent teams in the history of IPL.

As we eagerly wait for the tournament to begin, there are a lot of questions that might come to your mind. How will the UAE be as an IPL venue? Who will score the most or take the most wickets? Who will come out victorious? Here are some of the predictions for the match one, based on Vedic Astrology.

Heads or Tails: Who may Win the Toss for MI vs CSK?

Men of the Match: Key Players to Look Out

In the absence of their star players like Suresh Raina and Harbhajan Singh, Chennai Super Kings may rely on internationally capped players of their team: Shane Watson, Ravindra Jadeja, and Kedar Jadhav.

Captain Rohit Sharma is the ace player for Mumbai Indians. Along with him, Pandya brothers, Hardik and Krunal are likely to find their form. Jasprit Bumrah may be the leading bowler of the pack.

A Good Start: Who is Likely to Win MI vs CSK?

Winning a toss doesn’t always translate to victory. Same is likely to happen with Mumbai Indians. CSK, after being put on the backfoot, may bounce back enough to take the match away from MI.