Maria Sharapova To Make A Resounding Comeback In 2018, Says Ganesha 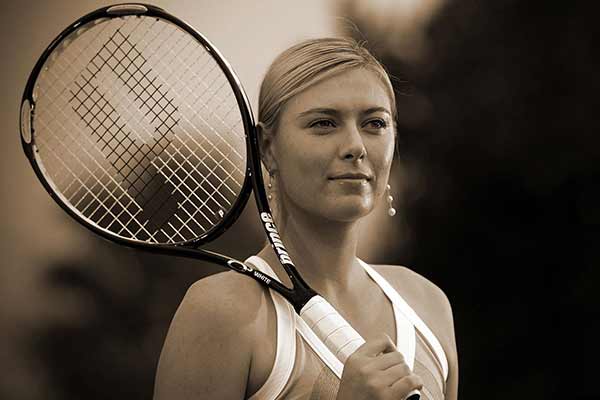 Maria Yuryevna Sharapova, 30, who became the world’s No. 1 tennis player at the tender age of 18, is regarded as one of the best women tennis players ever. Though born Russian, Maria Sharapova lives in the US and has been ranked WTA No. 1 in singles for a total of 21 weeks. Maria Sharapova is also an Olympic medalist, winning the silver medal for Russia in women’s singles at the 2012 Summer Olympics in London. Ganesha analyses Maria Sharapova’s birth chart and finds out what the future has in store for her.

Maria Sharapova’s kundli indicates that she is now out of the adverse impact of “Saturn Return” phase which proved to be a very intense and adverse phase for her career and reputation as per her career analysis. Thus, she may improve her position and boost her current ranking. This may impact her rivals like Serena Williams and Venus Williams. Professional success usually gets translated into financial success. This can happen with Sharapova. But will it happen with you? Will your financial fortunes shine? Get the Free 2018 Finance Report and know your financial future.

Adding to this, the transiting Jupiter in Libra and her zodiac sign Aries will provide Maria Sharapova ample support during the “comeback” phase of her career and will also provide second chance to get her career back on track. Thus, she may do well in international tournaments like Wimbledon, French Open, US Open and so on. Sharapova has created a wondrous career. But may be there is more to come. Will your career shine as well? Buy the 2018 Career Report and know your future.

However, Maria Sharapova is passing through the mid-phase of Sade Sati period. So, the transiting Saturn will continue to block Maria Sharapova’s Future progress. It will be a struggle-ridden time combined with delays and some disappointments.

Maria Sharapova Will Struggle Till Feb 2018

The period till February 2018 will remain challenging for Maria Sharapova. Despite her best efforts to reestablish her authority, she will be struggling to find her rhythm, and hence her performance will remain inconsistent in accordance with Vedic astrology.

Maria Sharapova Will Be Back In Her Elements Post-Feb 2018

Despite the difficulties and hurdles, Sharapova will make a captivating return to the tennis court and will narrate a tale of her own by winning major tennis tournaments, particularly after February 2018.

Sharapova’s Ranking Will Rise In The Forthcoming Year

Maria Sharapova’s performance and ranking will also improve during the year 2018 and she will make her presence felt on the tennis Court.