IPL Contest Between KXIP And RR: Ganesha Predicts The Outcome 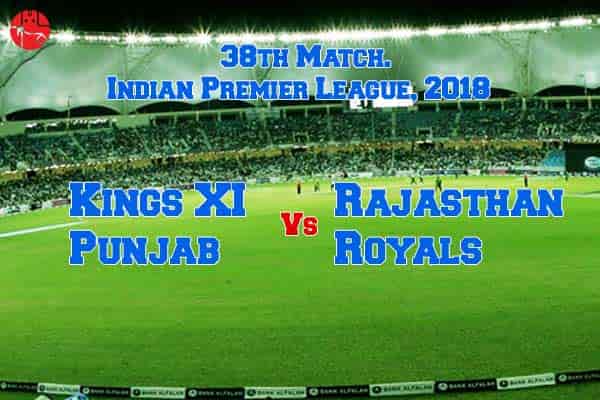 Kings XI Punjab at the 4th position with 10 points in IPL 2018 will meet Rajasthan Royals (7th position with 6 points) on Sunday, May 6 at Indore. Head-to-head the two teams are on equal standing in the last five matches in which they have contested in the IPL with both winning 2, losing 2 and one match, in 2015, ending in a tie. Ganesha analyses the charts of both the teams to predict who will win. To find out, read on.

Kings XI Punjab boast of the mighty and one of the most charismatic players of IPL CH Gayle. Other key players are AJ Finch, BJ Dwarshuis and R Ashwin. Rajasthan Royals will be depending on the performance of P Chopra, Ankit Sharma and DS Kulkarni.

Ganesha predicts that Rajasthan Royals will win the TOSS. Winning the toss generally is considered an advantage, but then much depends on how the captains reads the pitch, which is a tricky business.

Ganesha predicts that Kings XI Punjab, despite losing the toss, will win the MATCH. Thus it looks like KXIP are set to increase their points tally.