KXIP vs RCB Match Prediction: KXIP Bounce Back or Another Win for RCB? 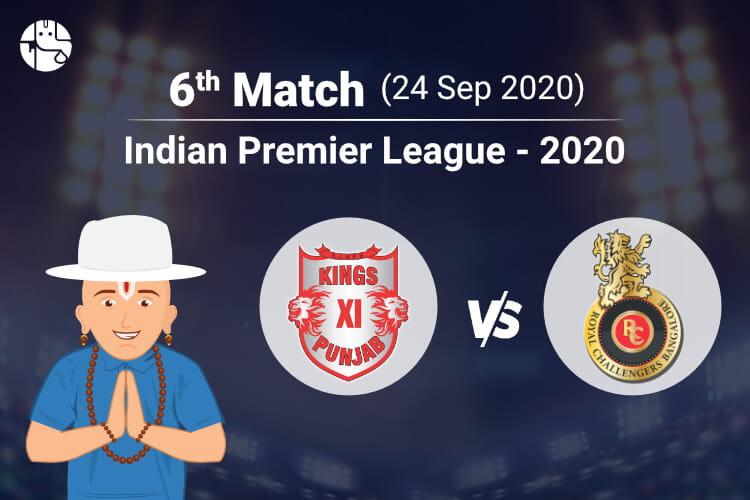 The Caravan of IPL comes back to Dubai for its sixth game. This will be the first game of the tournament where both the teams would have one game under their belt. Both the teams have played their previous match on the same ground, however, the experience has been different for both.

The tie against Delhi Capitals that turned into a loss in super over, will be a hard pill to chew for KXIP. The game was theirs to win before Mayank Agarwal got out, and they leaked too many runs in the death overs as well. RCB on the other hand won their first match of IPL 2020, but some issues also surfaced against SRH, which they would like to address going ahead. They were in and out of the game in patches, and if SRH wouldn’t have collapsed, it could have gone either way.

For Kings XI Punjab, bowling started out well when they had Delhi looking for runs desperately with a score of 87-5. They were, however, unable to stop Stoinis and leaked too many runs in the final overs. This took away momentum from them and despite the brilliant batting of Mayank Agarwal, the match ended in a tie. They produced the lowest super over score in IPL history, and it was a loss they would not forget easily during this IPL 2020.

The star-studded batting line-up that RCB has never ceased to amaze the fans. Their bowling, however, has been a pain point over the years especially while defending a score. They must have had nightmarish flashbacks when Umesh Yadav was bowling in the last match. A sigh of relief for them is Navdeep Saini, who bowled beautifully and took the weight off of Yuzvendra Chahal’s shoulders. The opening batsman Devdutt Padikkal can be the find of IPL 2020 for RCB.

Can the new captain of KXIP, KL Rahul, take the team to the victory against his former team? Or is it finally RCB’s year to shine? Will Mayank Agarwal and Devdutt Padikkal prove themselves as a couple of promising young Indian talents once again? Let’s find out what astrology has to say for Match 06 of IPL 2020, KXIP vs RCB:

Boss of the Toss: KXIP or RCB?

Kohli’s army, Royal Challengers Bangalore, is likely to win the toss. RCB already has one win in the pocket, but KXIP ended up in a tie and lost in super over in their last match. Whether KXIP gear up to make their first win or RCB will record its second win is yet to be known. But it is certain that the 6th match of IPL season would end up with many big hits and wickets by the key players of both teams.

Virat Kohli and Aaron Finch will play big shots with their bats to bounce the scoreboard on a high run rate. The young player, Devdutt Padikkal will also not go unnoticed, and of course, the bowler known for his golden arm, Yuzvendra Chahal will ensure that biggies of KXIP will return to pavilion asap. The match opener, Lokesh Rahul with Mayank Agarwal will give a tough fight and make it harder for RCB bowlers to get wickets. Young leg spinner Ravi Bishnoi and fast bowler Chris Jordan who are likely to turn their head with an impressive show against RCB.

KXIP vs RCB: Who will win today?

Yaas, fortune is in favour of KXIP. They will mark their first win in IPL 2020 against RCB. This may surely help them to brace up in the tournament going ahead.

Stay tuned with us for more IPL 2020 Match Predictions.

To Get Your Personalized Solutions, Consult An Astrologer Now!

Tomorrow IPL Match Predictions: Who Will Win, CSK or DC?