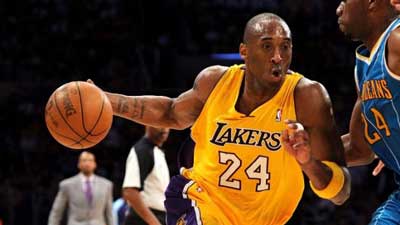 The legendary NBA player Kobe Bryant, who plays for the Los Angeles Lakers, has won his team the NBA championships five times. Bryant is a 17-time All-Star, 15-time member of the All-NBA Team, and 12-time member of the All-Defensive team. He has led the top basketball league in scoring twice, and he ranks third on both the league’s all-time regular season scoring and all-time post-season scoring lists. Now 34, Bryant became the youngest player in league history to reach 30,000 career points. He is also the all-time leading scorer in the Lakers franchise history. However, experts feel that Bryant may have past his prime, and Ganesha feels that the star NBA player will have to struggle hard to keep up with the expectations of his fans.