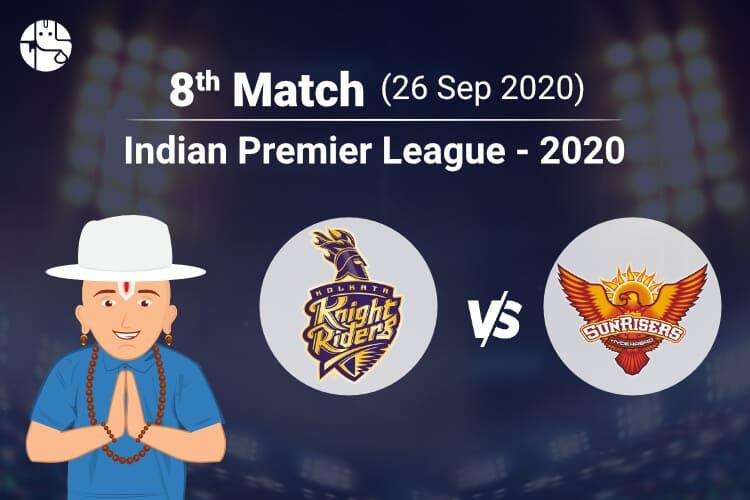 A work well begun is a work half done. Both the teams playing today would not want to hear that, though. For KKR and SRH, IPL 2020 has not started the way they would have liked. However, the tournament is still new, and there are plenty of matches. But the competition is so fierce, you don’t want to find yourself chasing the top four spots on the points table late in the tournament. With the next match being KKR vs SRH, it would be prominent to see who avoids a second consecutive loss.

For Kolkata Knight Riders, the bowling has been an issue with recent tournaments. Despite having big names on their side, both pace and spin bowling have suffered in the past few years. On the day their batting doesn’t explode, you know KKR is in trouble. With Kolkata Knight Riders vs Sunrisers Hyderabad today, they would like to set new standards for bowling. Can they succeed in doing so? We will let you know shortly. KKR will be playing their second match at the venue, and with no good memories of it.

On the other hand, KKR vs SRH is Hyderabad’s first match at this beautiful stadium. Bowling has always been a strong suit for Sunrisers Hyderabad. In their last match against RCB, they managed to pull the scores back after a bad start, only to leak runs in death overs. In today’s match, they would like to reverse that. They should also work on playing responsible shots at crucial times ahead of KKR vs SRH. Both Bairstow and Manish Pandya got out at the wrong time, and Sunrisers lost the match.

Who will face the second consecutive defeat? Which players will star for both KKR and SRH? Do we expect a Dre Russ Storm? Let’s find out what Astrological Match Prediction has to say.

Good Side of the Coin: Who Will Win the Toss?

In their second consecutive match, Kolkata Knight Riders are likely to win the toss for the second time. Can they, however, take advantage of that toss win? Let’s find out.

KKR vs SRH: Most Valuable Players for Today’s Match

For KKR, the batting department will be led by the English Captain, Eoin Morgan, along with Nitish Rana and Shubman Gill. The bowling will be led by the mysterious Sunil Narine and Kuldeep Yadav, with fast bowlers Pat Cummins and Shivam Mavi also contributing to the cause.

For SRH, the opening pair of Warner and Bairstow will set the tone for the match. Manish Pandey will also prove to be helpful. Bhuvneshwar Kumar is likely to shine in the bowling department. The team will also benefit by including the Afghan allrounder Mohammad Nabi.

Who Will Win Today? KKR or SRH?

Sunrisers Hyderabad is likely to beat KKR and bring home their first win. KKR, on the other hand, may face their second loss in two games. Tough Luck!

Stay tuned with us for more IPL Match Prediction.