KKR vs RCB Match Prediction: Who Will Win KKR vs RCB IPL Match 2019 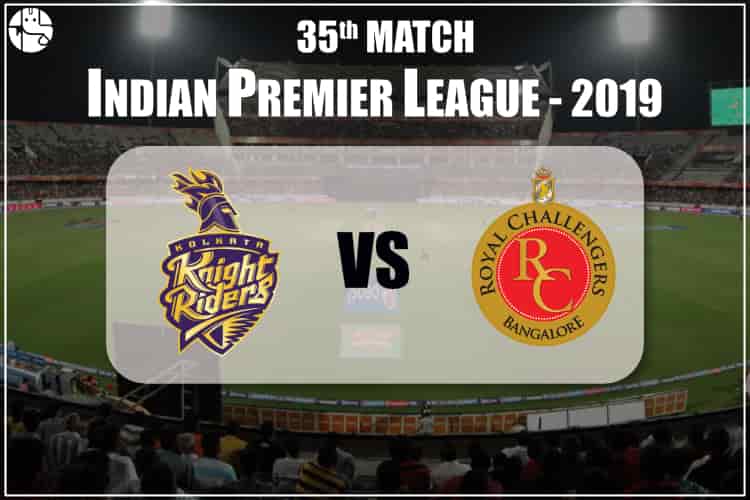 The Royal Challengers Bangalore lost to the Mumbai Indians in both the matches they played against each other. The Mumbai Indians left no stone unturned in defeating the Royal Challengers. The RCB have lost seven matches out of the eight they’ve played this season. They have no choice but to win the next six matches in a row to be able to make it to the playoffs. Individual performances from the RCB were undoubtedly commendable. AB de Villiers, as usual, stood out and performed well. The Kolkata Knight Riders, on the other hand, lost out to the Chennai Super Kings on Sunday. The Knight Riders have now lost three matches in a row. They did make an excellent start in the league this season. They have some good players too. However, it takes a lot more to beat the best and outplay them all. Will the odds be with the Kolkata Knight Riders? Or will the Royal Challengers Bangalore finally take charge of the game? Who do you think will win the toss? Ganesha has all the answers! Read to find out more on KKR vs RCB match prediction, who will win?

As per Ganesha’s findings, the toss will be won by Kolkata Knight Riders.

KKR vs RCB Prediction: Who Will Win KKR or RCB?

According to Ganesha, In this KKR vs RCB match the team to win the 35th match of the IPL 2019 will be the Royal Challengers Bangalore.