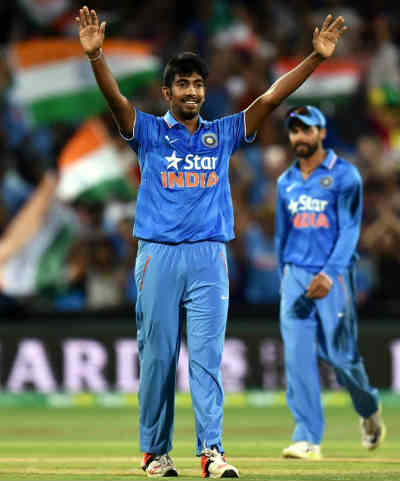 Jasprit Singh Bumrah – born in a Punjabi Sikh family to Late Jasbir Singh and Daljit Bumrah, comes across as an unassuming cricketer, who has made the ball do the talking. The lad from Ahmedabad has been gaining a lot of recognition and popularity due to his handy performances with the ball. His effectiveness during the death overs and the ability to bowl some effective yorker-lengths deliveries are some of the reasons for his rise and he fits in well in the Indian side, which currently seems to be lacking the steam in the bowling department. Though things favourably aligned for him, needless to say, there are some challenges which need to be addressed. But will Jasprit be able to bowl out all negativities with his yorkers? Will he play a long innings in the national side? Let’s get to know from the all-knowing Ganesha….

Jasprit Bumrah and the Stars…