Who Will Win, Japan Vs Poland 45th FIFA Match Prediction 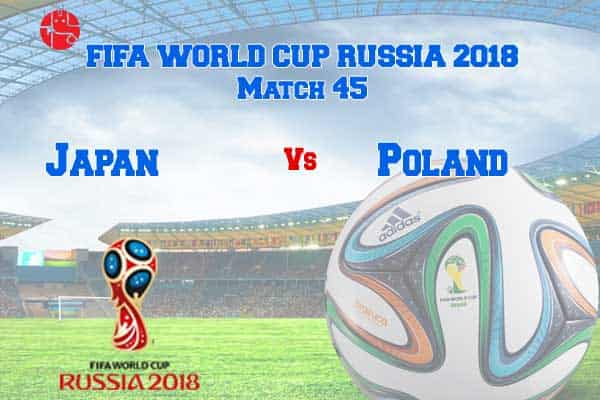 This FIFA 2018 has seen some unexpected results which have made this competition all the more fascinating. Japan qualified for the World Cup for the third consecutive time and is now looking strong as they are almost on the verge of going for the next round of Group 16. Even if the game results in a draw, it will take them to the next round. Poland, unfortunately, will go back home after two consecutive defeats. One against Senegal and the other one against Colombia. Japan will be looking for a win and Poland will try their best to go back home with at least one win in this FIFA 2018. Now, Ganesha predicts the outcome of Japan Vs Poland match:

Japan Vs Poland Match Prediction: About The Top Players’ Performance

Japan has in been in great form after winning one match against Colombia with a score of 2-1 and a draw with a score of 2-2 against Senegal. They have goal scorers like Shinji Kagawa, Yuya Osako, Takashi Inui and Keisuke Honda apart from players like Yuto Nagatomo, Maya Yoshida and Makoto Hasebe. On the other hand, apart from the great striker Robert Lewandowski who has not yet scored in this football World Cup, there are players like Lukasz Teodorczyk, Rafal Kurzawa, Grzegorz Krychowiak and Kamil Glik who can help to form a good game for this match. Who will win is the big question.

Who Will Win Today, Japan or Poland? Know What Ganesha Says

According to our prediction using Astrology, it is predicted that Japan will win this game by beating Poland. Japan has been in a better shape in terms of their game formation than Poland who have struggled to win a game in this FIFA World Cup. Therefore, Japan will remain at the top of their Group table and reach the top 16 of 2018 World Cup.