What lies ahead for Indian Cricketer Ishant Sharma? 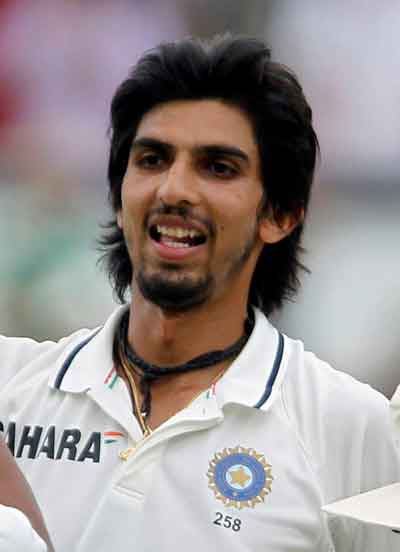 Ishant Sharma aka Lambu is an Indian cricketer who has played several Tests, ODIs and T20s. Ishant made his Ranji Trophy debut for Delhi and thereafter played his first Test match in 2007 when India toured Bangladesh. In 2011, Ishant became the 5th youngest player to take 100 Test wickets. After an ankle surgery in 2012 and some bad performances, Sharma came back strongly in 2013, and became the 5th quickest Indian to grab 100 ODI wickets. In 2014, Ishant exhibited his career best performance by picking up 7 wickets against England. In 2015 this rhythm bowler took 5-54 in the test against Sri Lanka. This right-arm fast-medium bowler with a lanky figure, long locks of hair and myriad chains swinging around his neck, also plays for Sunrisers Hyderabad in IPL. Ganesha now foretells the year ahead for this great cricketer as he will celebrate his birthday on 2nd September.

Ganesha wishes a great time ahead to Ishant Sharma on this Birthday.