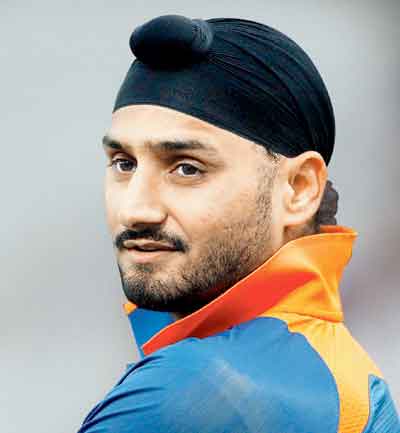 Staging a comeback after two year, Indian off-spinner Harbhajan Singh claimed the wicket of Imrul Kayes, stumped by Wriddhiman Saha, in the one-off Test against Bangladesh last week to overtake Wasim Akram’s tally of 414 Test wickets, thereby taking the ninth position on the all-time top wicket-takers list. Bhajji, as he is fondly called by his fans, has played 102 Tests and 229 ODIs for India. In Tests he has taken 416 wickets, with 8/84 being his best figures, and 259 in ODIs. He made his Test and ODI debuts in early 1998. His career was initially marred by investigations into the legality of his bowling action, as well as several disciplinary incidents. However, he fought through thick and thin to carve a great cricketing career for himself, and is spoken of in the same breath as Sri Lanka’s all-time great off-spinner Muttiah Muralitharan.
Ganesha, with the help of Vedic Astrology, takes a look at his future prospects.

As the birth time of the said celebrity is not available, the following details are based on his Solar Horoscope (Surya Kundli), created with the help of his birth date and place only.