The planets will favour Gurkeerat Mann only after August, 2016, feels Ganesha… 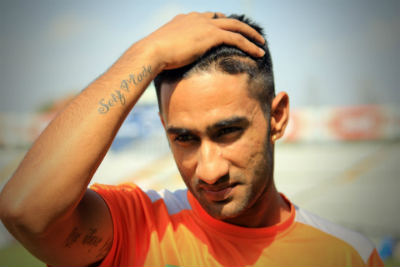 The gutsy 25-year-old middle-order batsman and off-break bowler for Punjab, Gurkeerat Singh has worked his way up all the way through junior cricket, before he recently broke into the Indian ODI team for next month’s tour to South Africa. More famous for plucking a breath-taking single-handed catch on the fine-leg boundary to dismiss Ross Taylor in IPL 2013, Mann is also remembered for the 12-ball-29-run cameo which helped Kings XI pull off a thrilling last-ball win against Deccan Chargers. Now replacing a jaded Ravindra Jadeja in the Indian ODI team, Ganesha feels he may take some time to settle down at the international level and his fans may have to wait at least till August 2016 to see him in full flow.

Owing to the absence of the credible Birth Time, following predictions have been created, basis a Solar Horoscope/ Chart.
Important Astrological Observations

Ganesha wishes a great time ahead to Gurkeerat Mann.