A lethal right-handed batsman, Virender Sehwag is Team India’s Robin Hood. He strikes the cricket ball with such authority that it disappears in the stands, leaving a million fans exuberant and awe-struck at the same time. Known for his trademark slashes over third-man, Sehwag can kill the morale of any bowler by belting him out of the stadium to no mistake of his. Flicks, drives, glances, back-foot punches; you name it and he has it. The man is a dream to watch and a nightmare to bowlers. In IPL, he plays for the Delhi Daredevils, which has quite a few batsmen of the calibre of the Nawab of Najafgarh. 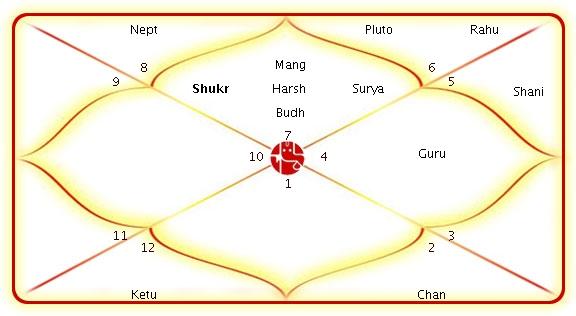 Planetary influences for Viru between March 19th and April 11th will be favourable to him due to the transit of Sun and Jupiter. During that phase, he can dictate terms to the opposition and continue to play aggressively, which will impress one and all. His all-round abilities will also be put to good use as he is likely to bowl. As always, his ability to break partnerships will help the team during crucial stages of a match. He will remain positive and aggressive throughout the IPL season, but the transiting Mars indicates that his consistency may suffer after 11th April. He will have to be very watchful in this period as he will be injury prone.