Will the French Open reigning star Rafael Nadal manage to clinch the Roland-Garros men’s singles crown for the 9th time? 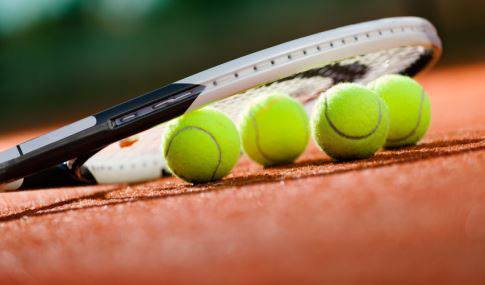 The French Open, now also popularly known as the Roland-Garros, is one of the four major Grand Slam lawn tennis tournaments. Held each year during the late summer at the Roland Garros stadium in Paris, it is the only and premier Grand Slam tournament played on a clay surface/ court. It is considered the toughest of the Grand Slams, because the fifth and final set of this tournament’s matches is played without a tie-break.

Over the years, the French Open has not only gained in terms of popularity, but also in competitiveness and growth of the new talent. However, in the recent times, calling the current defending ace Rafael Nadal the king of the Roland-Garros won’t be wrong, for he has lifted the inimitable Cup eight times out of his nine appearances at the French Open till date. This time Rafa eyes his ninth title! From 2005 to 2013, Nadal has been invincible at the Roland-Garros.

This year, however, the only real threat to Nadal, the last year’s runners-up Novak Djokovic, will be fighting to reclaim his No.1 ATP ranking. Djokovic has made the semi-finals at the spectacular Paris event four times.

Also, although the never-say-die Roger Federar’s magic appears to be on the wane, he too could pose a threat to his arch-rival Nadal, who has not done too well in other recent tournaments on clay. If the tournament boils down to a final clash between Nadal, the King of Clay, and Federer, arguably the all-time best tennis player, spectators will be in for another feast of their lives. Which of these splendid men finally lifts the Men’s Singles 2014 Roland-Garros trophy is a question on time and the stars can tell.

Thus, GanesahSpeaks.com, India’s ace Astrology services provider, took a look at the Horoscopes of each of these top tennis players to spell their way ahead for the French Open 2014 –

A study of Rafael Nadal’s Horoscope reveals that he is born with a Libra Ascendant. During the French Open 2014, he will be under the influence of the Sun major period and the Mercury sub period. By Nadal’s birth, the Sun is not well placed in his chart, because it is in the 8th House of the Horoscope. However, Mercury is well placed in Nadal’s Birth Chart in the 9th House of luck (in its own Sign).

On 5th August 2014, Nadal enters the Ketu sub period in the major period of Sun. By birth, in Nadal’s Horoscope, Ketu is placed in the Ascendant, through which Saturn and Rahu are transiting currently. So, the quarter-finals to finals is going to be a tough journey for Nadal in the current Roland-Garros.

He will have to play very smartly, especially as the grade of the game advances, otherwise there are all the chances of a flip-flop or turn of the tubles towards the end of the tournament.

The study of Roger Federer’s Horoscope reveals that he is born with a Leo Ascendant. During the French Grand Slam tournament, Federer will be under the influence of the Mercury major period and the Sun sub period. Both the planets are placed in the 12th House in Roger’s Birth Chart. Rahu and Saturn both are currently transiting over his Moon, while Jupiter is transiting over his Natal Mars. The planet of vigour and vitality – Mars – and also the significator of sporting activities, will be transiting over Federer’s Jupiter and Saturn.

Keeping in view of the aforementioned transits, the energy level calculations are quite in Federer’s favour. However, the planetary transits and Dasha Bhuktis are not entirely in his favour.

In view of the same, Federer will have to polish his skills, and buck up during this tournament. The birth of the second set of twins to Federer shall not have bearing of any sort on his performance during the Parisian tournament.

If Federer and Nadal clash against each other, the things mat be tougher for Federer.

Ganesha observes that Djokovic is born with a Sagittarius Ascendant. He will be under the influence of the Ketu major period and the sub period of Rahu, during the ongoing French Open tournament. Ketu is transiting over his Natal Venus. Saturn and Rahu both are favourably transiting through the 11th House in his birth Chart.

Like Federer, Jupiter is transiting over Djokovic’s Natal Mars. Mars, incidentally, is the prime astrological significator of aggressive or energetic sports. During this tournament, thus, Novak’s performance will remain above average.

However, he may not be able to play, as per his own expectations. Chances of goof-ups are also present. He, though, may play well during some of the games, but may not be able to maintain grace and power throughout the tournament, feels Ganesha.

If we consider the Charts and stars of all the three players, Nadal has the strongest chances. However, predicting the actual winner depends on who plays against whom and also on the actual date of the play.

GaneshaSpeaks.com wishes the best for all the tennis aces. May the best man win!