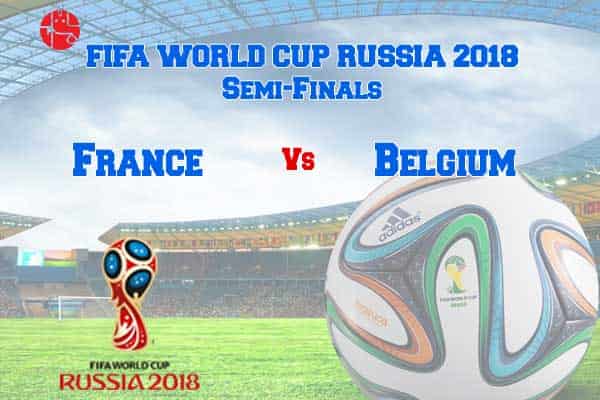 It has been an amazing ride till now, in this FIFA World Cup 2018 with so many great matches that have taken over the hearts of millions of football fans and destroyed some as well. Two of the most favorites are playing against each other in the semifinals of the Football World Cup, and it cannot get any better than this. These neighboring countries are going to be rivals here, each trying their best to go through. The last time France and Belgium faced each other was in the year June 2015, where Belgium had won the match with a score of 4-3. Furthermore, there has only been one instance where both these countries had reached the semi-final which was in the year 1986. They had faced one another in the third-place play-off in which France won with a 4-2 score.

France VS Belgium Match Prediction: About the Top Players’ Performance

It is very interesting to know that both the teams have very good players, in all the positions. Right from the forwards and midfielders to the defenders and the goalkeeper, both the teams have got class players. For the Frenchman, they have Antoine Griezmann, Thomas Lemar, Olivier Giroud, Kylian Mbappe, Ousmane Dembele, Nabil Fekir, Ngolo Kante, Paul Pogba, Lucas Hernandez, Benjamin Pavard, Raphael Varane and Adil Rami. On the other hand, Belgium has players like Romelu Lukaku, Eden Hazard, Adnan Januzaj, Michy Batshuayi, Nacer Chadli, Moussa Dembele, Marouane Fellaini, Kevin De Bruyne, Axel Witsel, Dedryck Boyata, Thomas Meunier, Thomas Vermaelen and Vincent Kompany.

Who Will Win Today, France or Belgium? Ganesha Predicts.

According to today’s match prediction using astrology, it is predicted that France will win this match against Belgium. Even though Belgium will undoubtedly give a very tough fight, France may prove to be a better team and win the match. All we can say is that it is going to be one of the most epic football matches in this FIFA World Cup 2018.