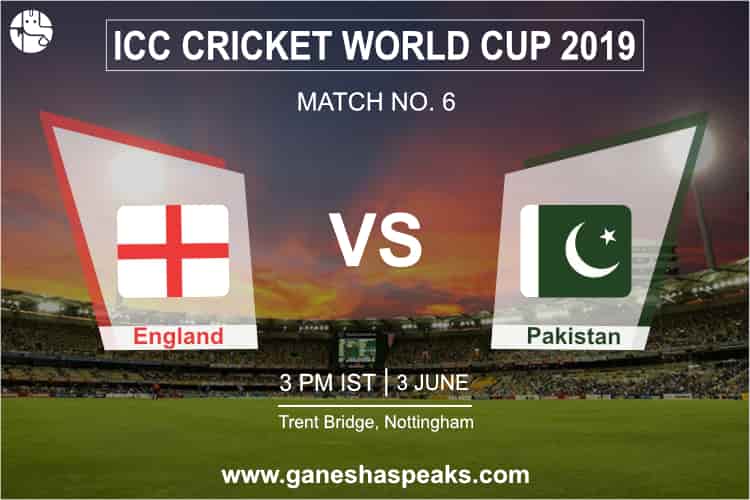 The 6th match of the ICC World Cup 2019 will be played between England and Pakistan. At the moment, England is leading the ODI table while Pakistan is on the 6th spot. England and Pakistan played against each other in a previous series, and the latter team lost almost all the matches. Eoin Morgan is the Captain for England while Sarfaraz Ahmed is the captain for Pakistan. Eoin Morgan is considered to be one of the most measured of captains, especially given England’s history. He has been holding his team well and is prepared to evolve as the competition progresses. There have been a number of injuries on the team, including his own. However, none of them seem to be losing hope. They won’t let an injury come in the way of their game.

The pressure for England is going to be immense since they are the hosts after all. They also have a lot to prove given their mishaps in the champions trophy in both 2013 and 2017. Pakistan, on the other hand, has a lot more pressure to deal with. To walk into a competition after having lost the previous one may be harder to cope with. However, we hope they do the needful and manage to give England a tough fight. In fact, given their recent defeats against the English, they could be all the more pumped to prove their mettle. Who do you think will win the 6th match of the ICC World Cup 2019?

Let’s find out what Ganesha has to say about the match.

According to Ganesha, the winner of the 6th match of the ICC World Cup 2019 will be England!