Who Will Win, England Or Belgium, In 48th FIFA World Cup Match 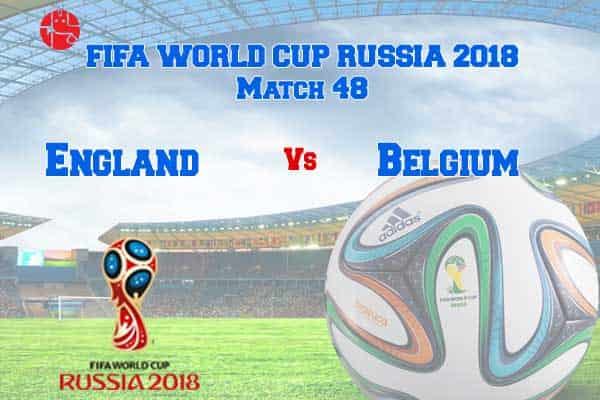 One of the most awaited matches from Group G, where the top two contenders for the FIFA World Cup will play against each other. Yes, both England and Belgium have been in great form and have already proved a point, that they are here to win this tournament and give a good fight. Both have played two games each, where England has scored eight goals and Belgium has scored seven in their group matches, which is incredible. Though the other matches did not have good competitors this match is surely going to be very captivating and enchanting as two great teams collide for the FIFA 2018. One thing to be noted here is, that both the teams have already qualified so this match will just decide who comes on top of the table in Group G. Here is Ganesha’s analysis of who will England Vs Belgium match:

England Vs Belgium Match Prediction: About The Top Players’ Performance

Both the teams include players who are young, talented and have been in good shape while playing for their respective clubs earlier this season. Unfortunately, the Belgium star and goalscorer Romelu Lukaku will not play this match as he is injured but there are still other skillful players who can change the game for Belgium like Eden Hazard, Vincent Kompany, Kevin De Bruyne, Marouane Fellaini, Moussa Dembele and Michy Batshuayi. On the other hand, England have players like Gary Cahill, Phil Jones, John Stones, Ashley Young, Jesse Lingard, Dele Alli, Hary Kane, Rahim Sterling and young Marcus Rashford who can help England win this game.

Who Will Win Today, England or Belgium? Get The Answer From Ganesha

According to the prediction astrologically it is foreseen that Belgium will win this game and make a bold statement for the football World Cup with this match. Even though this match will be a tough one and England will try their best to win it, Belgium may snatch this opportunity from England!