Who Will Win, Denmark Vs France, In 37th FIFA World Cup Match 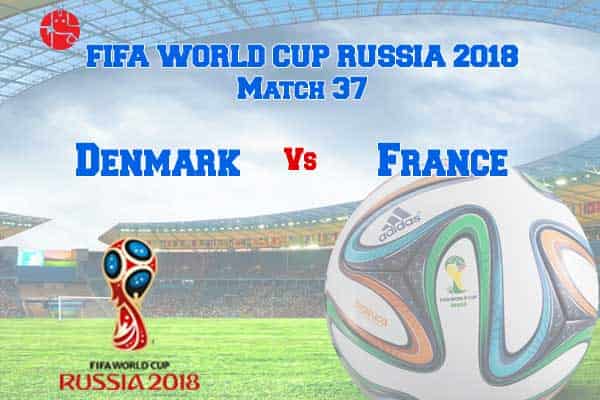 France has been an excellent football team for ages. As for Denmark, they have shown some remarkable feats in this season. Denmark have defeated Peru and their match with Australia ended in a draw. Now, the two countries are going to clash in the 37th Match in FIFA World Cup 2018, which is to take place on 26th June. Battle lines are drawn as the two European countries are all set to face each other. However, if you want to know the outcome of this match in advance, here are the astrology predictions as done by Ganesha. Read on:

Denmark Vs France Match Prediction: About The Players’ Performance

Some of the chief players in Denmark are Simon Kjær (Captain), Kasper Schmeichel (Vice-captain) and Jonas Lössl. As for France, their main players are Hugo Lloris (Captain), Steve Mandanda, Alphonse Areola and others. Obviously, France is a better team than Denmark. But we can’t say anything with 100 per cent certainty till the match gets over. But Ganesha gives a very strong clue as far as per astrology.

Who Will Win, Denmark Vs France, Here Is What Ganesha Says

As per our prediction, France will win this match. Its good news for countless fans of France across the world. But Denmark supporters need not get dejected.