South Africa Vs West Indies Match Prediction: Who Will Win SA or WI? 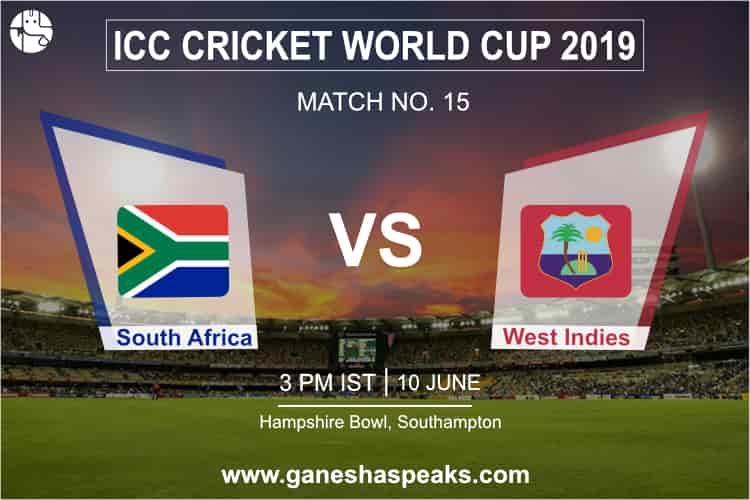 The 15th match of the ICC World Cup will be played between South Africa and West Indies. South Africa has lost three consecutive games in this edition of the ICC World Cup 2019. It has been rather upsetting to see them falter so many times because they are known to be a good team. However, a lot of the players on the team are injured, and their form as a whole has taken a hit.

West Indies has won the prestigious cop twice so far. However, that was a long time ago. The team no longer boasts of exceptional players. They do have a few outstanding players, though. Moreover, the West Indies as a team are known to be unpredictable on the pitch. They’ve come out winning as the underdogs far too many times. They cannot be taken lightly. Faf du Plessis, the captain of the South African team, is an exceptional player and even performed well in the IPL 2019. Shai Hope, the West Indies skipper, is also known to be ruthless on the pitch. We wonder who will win South Africa Vs West Indies Match of the 2019 ICC World Cup. Who do you think will win between SA and WI? Both teams have been struggling at the moment. Will South Africa finally win a match? Or will West Indies get a boost of confidence with their win against the South Africans?

As per Ganesha’s readings, the toss between SA vs WI match will be won by South Africa. Who do you think will win this match though? Who will outplay the other?

According to Ganesha, the winner between SA vs WI cricket match & 15th match of the ICC World Cup 2019 will be South Africa.