Pakistan vs South Africa Match Prediction: Who Will Win, PAK or SA? 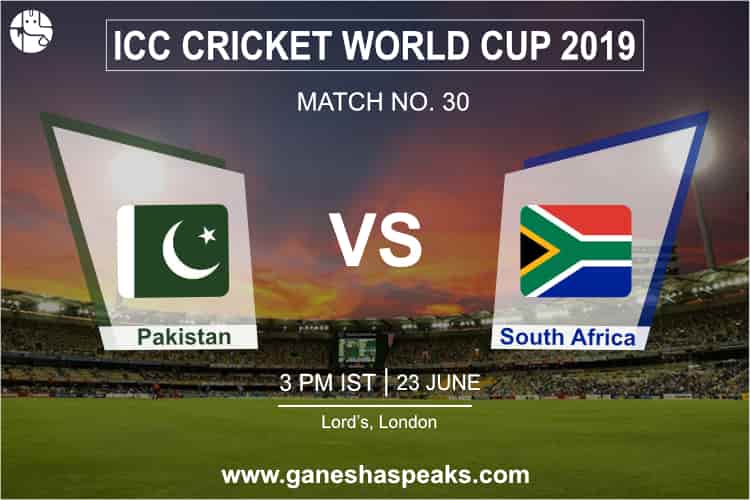 After a rather embarrassing defeat against India, Pakistan is all set to take on South Africa. Both these teams have failed to perform in this edition of the ICC World Cup. Cricket in the Asian subcontinent is more like a religion. The backlash from defeats often lasts for months. Pakistan lost to India and continued the streak of never having beaten them during the world cup.

South Africa, on the other hand, has been unable to get over their lousy form and poor performance. Despite having some big names on the team, they are failing to play as a team and win some good games. They did manage to defeat Afghanistan and gain some momentum. However, their following match against New Zealand was another disappointment. Neither Pakistan nor South Africa can afford to lose any more games. We wonder who will win the 30th match of the ICC World Cup.

According to Ganesha, the winner of the 30th match of the ICC World Cup 2019 will be South Africa.