Australia vs South Africa Match Prediction: Who Will Win, Aus or SA? 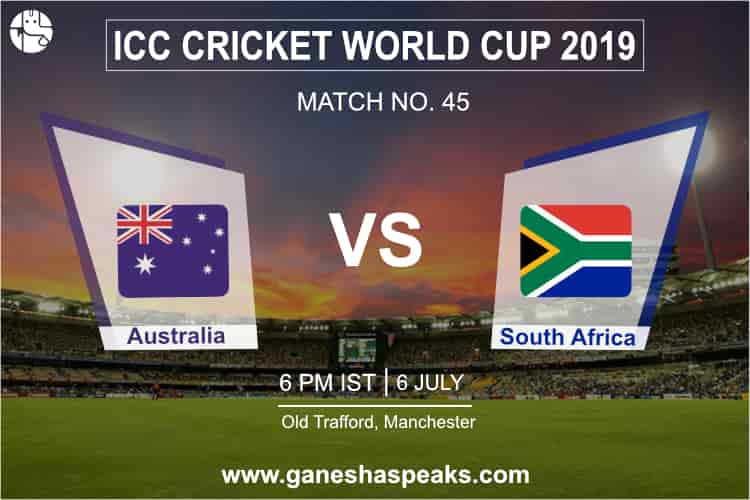 Australia vs South Africa Match Prediction: Who Will Win AUS or SA Match?

Australia is all set to take on South Africa in the 45th match of the ICC World Cup 2019. Australia is leading the table with 14 points at the moment while South Africa is no longer in the run to win the cup. South Africans failed to make a mark in this edition of the world cup. One of the major reasons for their poor form was the numerous injuries players suffered both before and during the world cup. They only won two of the eight games they played in the first leg of the competition.

Despite having some of the best players, they failed to work as a team. Their exceptional victory against the Sri Lankans gave them some much-needed confidence. Sri Lanka could not stand firm against South Africa. But will Sri Lanka win against India? However, the win came too late for it to matter in the championship.
Who do you think will win the 45th match of the ICC World Cup 2019? Will Australia continue to slay their opponents and ultimately win the cup yet again? Or will South Africa give the Aussies a tough fight? Find out what Ganesha has to say.

According to Ganesha, the winner of the 45th match of the ICC World Cup 2019 will be Australia.