CSK vs MI Match Prediction: Who Will Win CSK vs MI IPL Match 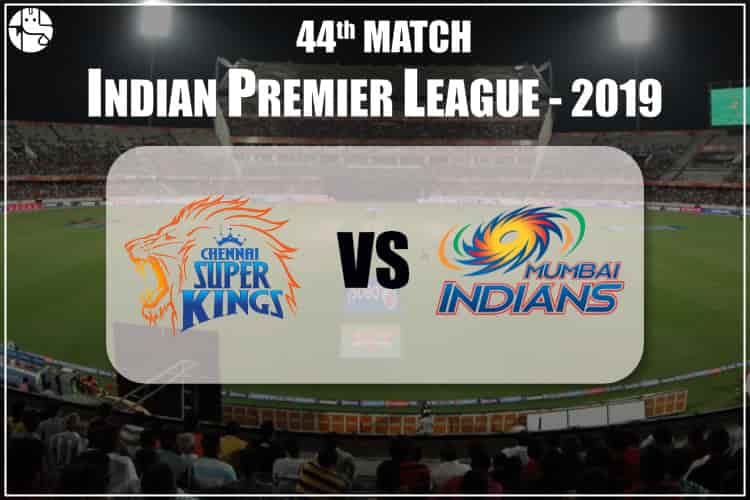 The Chennai Super Kings have had a rather unfortunate streak in the IPL 2019 in the last few matches. The Super Kings were heading the table at one point. However, they are known to be fighters, and it is more than possible that they will bounce back like never before. Meanwhile, the Mumbai Indians have been lucky in recent matches. They beat the Royal Challengers Bangalore in both of the matches they played against each other. However, the Royal Challengers Bangalore did have tiny but significant victories despite losing the match. Ab de Villiers became the second batsman after Chris Gayle to his 200 sixes in the Indian Premier League! If only little victories like those could also win games. Who do you think will win between the Chennai Super Kings and the Mumbai Indians? Who will win the CSK vs MI toss in the 44th match of the IPL 2019? Will the Chennai Super Kings defeat the Mumbaikars like old times? Or have they lost their mojo? Let’s find out what Ganesha has to say about the CSK vs MI IPL match.

According to Ganesha, the team to win the 44th match of the IPL 2019 will be Chennai Super Kings.