CSK vs KXIP Match Prediction: Who Will Win CSK vs KXIP IPL Match 2019 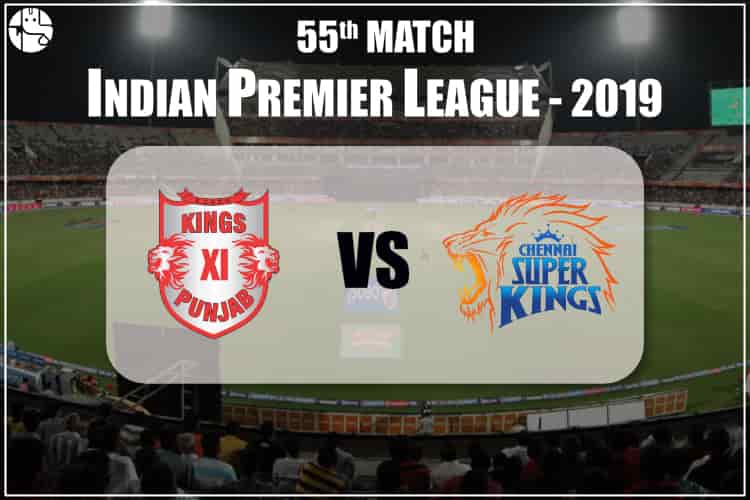 The Kings XI Punjab sadly will not be playing the next leg of the completion since they did not qualify. It is sad because they did start on a fantastic spirit and played some fantastic matches. In their last match against the Kolkata Knight Riders, they suffered a major setback in their batting order. Sam Curran, one of their best players has also had a rather average streak this season. The only time he did well in a match was when they played against Delhi Capitals. He made some good runs and took a few wickets. However, we hope to see the Shers make an intense come back the next season.

The Chennai Super Kings on the other hand have been smashing it despite a few losses in the last few games. Right from their demeanour to their ability to win like champions, they’ve left no stone unturned in trying to rise above the rest. They were one of the few teams to qualify first. They’ve set an amazing example of being exemplary on the ground. There is a reason why they’re who they are. Kings. They certainly have given themselves a great opportunity to win this years IPL as well. Let’s find out what Ganesha has to say about their match against the Kings XI. Who do you think will win the 55th match of the IPL 2019? Read to find out.

As per Ganesha’s findings, the toss will be won by the Kings XI Punjab.

According to Ganesha, the team to win the 55th match of the IPL 2019 will be the Chennai Super Kings.