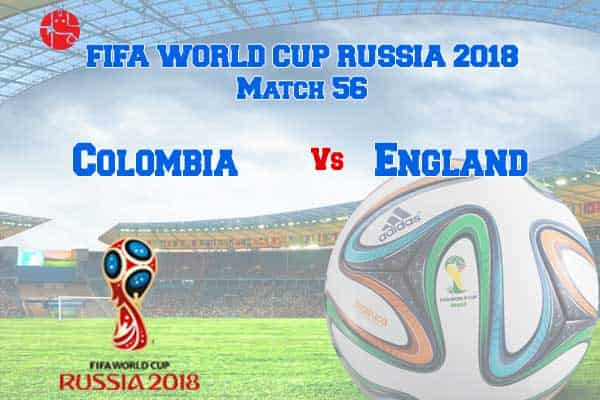 This FIFA World Cup has been really exciting all because of the unexpected results that have come up this year. The underdog teams have given a very tough competition to the more popular teams throughout this football tournament. This is the 56th match of the football World Cup 2018 and is between Colombia and England, where the latter is considered to be on of the contenders for this World Cup held in Russia. The last time these two teams played against each other was the year 1998 in France where England won the match with a score of 2-0. If England wins this game, then they will qualify for the second time since the year 2006 where they had beaten Ecuador with a score of 1-0, the goal-scorer being none other than David Beckham.

Colombia VS England Prediction: About the Top Players’ Performance

England is filled with players who have had a great season in their respective clubs. It mostly has young players headed by captain Harry Kane who is the top goal scorer as of now, with five goals in his bag. Apart from him, there are players like Marcus Rashford, Kyle Walker, Ashley Young, Jesse Lingard, Dele Alli, Harry Kane, Raheem Sterling and Jamie Vardy. On the other hand, Colombia has players like Cristian Zapata, Davinson Sanchez, Abel Aguilar, James Rodriguez, Juan Cuadrado, Radamel Falcao and Miguel Borja who can help their team to make a good game of attack, the way they played against Poland and secure their place in the next round of the game.

Who Will Win Today’s Match, Colombia or England? Ganesha Predicts.

According to Ganesha’s prediction, England may win this match and finally after 2006, be able to reach the quarter-finals, keeping their hopes alive to win this World Cup 2018. There is no doubt that Colombia may also grab this only chance to beat England but unfortunately, there is less likelihood for this to happen.