Can Dhoni outwit his stars this IPL?

Mahendra Singh Dhoni needs no introduction. Sitting at the top of the ODI Ranking with an average of 51.13, he is one of the most destructive batsman in the world today. His rise in rank as the Captain of Team India came just before the start of the first ever T20 World Cup. But the excitement in a Cricket frenzy nation that precedes any major tournament was on an all time low due to the dismal performance by Team India in the 2007 World Cup. This debacle sank all hopes of winning the T20 World Cup, but to the delight of the millions of fans, he led a relatively inexperienced but passionate side to victory. And he has not looked back since. He has led India to a record number of victories at home and abroad.

The ecstatic chantsDhoni dhan dhana dhanwill rock India again as IPL returns. As captain of the Chennai Super Kings, he led his team to semi-finals in both the seasons of the mega-buck cricket tournament. Ganesha, using Vedic Astrology, predicts his performance in this IPL season. 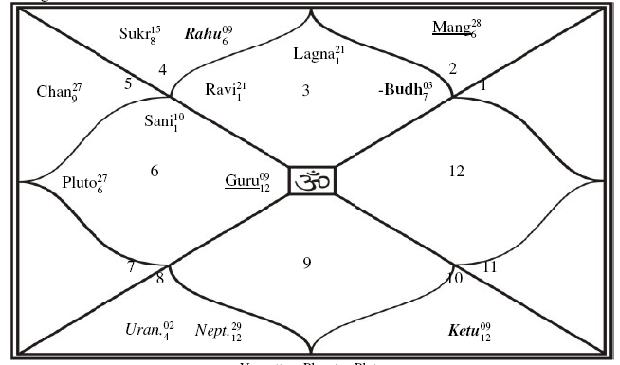 The destructive wicket-keeper batsman, M S Dhoni, has mixed planetary influences during IPL-3. He can be aggressive with the bat and will be good behind the wickets in IPL-3, which is scheduled for March. His performance on the field will also be outstanding in the month of March. The Virgo may hamper his progress to some extent during the month of April. There are chances that he may take a few wrong decisions at crucial junctures. He is also likely to face a few hurdles while trying to achieve his personal goals as a batsman. His performance will be inconsistent in the sense that he may not be able to convert solid starts into big scores. During the month of April, his decision-making will have to be immaculate as some miscalculations may spoil the party. However, a team-man that he is, he will give his hundred percent on the field. His determination and a cool head will calm the nerves of his team-mates and help in handling pressure situations effectively.