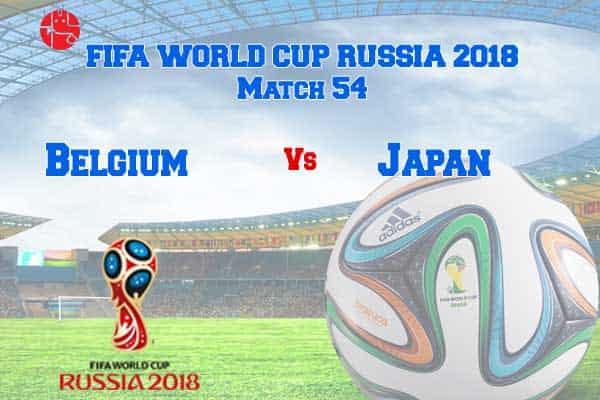 Another very exciting match at the FIFA World Cup 2018 is between Belgium and Japan. These two teams have done quite well in their group stage matches where Belgium won all their matches including the big one which was against England. On the other hand, Japan won one match against Colombia, drew with Senegal and lost one against Poland. Still, Japan did enough to get them to the Top 16 and have been playing really well. Belgium is one of the best contenders to win this World Cup and has already shown how strong the team is. They have scored already scored 9 goals in three matches which proves that they are a big threat to other teams in the football World Cup 2018. Know from Ganesha the outcome of Belgium Vs Japan match:

Belgium Vs Japan Match Prediction: About The Top Players’ Performance

Belgium has players who are in top form with the likes of Dries Mertens, Romelu Lukaku, Eden Hazard, Michy Batshuayi, Adnan Januzaj, Thomas Vermaelen, Vincent Kompany, Kevin De Bruyne, Marouane Fellaini and Moussa Dembele. These players have given an amazing performance this FIFA 2018. Japan also has players who have scored and performed well, eventually taking them to the Top 16 round. They have key players like Shinji Kagawa, Yuya Osako, Takashi Inui, Keisuke Honda, Makoto Hasebe, Maya Yoshida, Yuto Nagatomo and Tomoaki Makino who can help Japan give a good fight to Belgium and get possible comebacks similar to how they played against Senegal.

Who Will Win Today, Belgium or Japan? Ganesha Has The Answer