Arjun Tendulkar – Will the celebrated cricketer’s son follow in his illustrious father’s footsteps?

Sachin’s son Arjun Tendulkar may break into the Indian team around 2021, predicts Ganesha 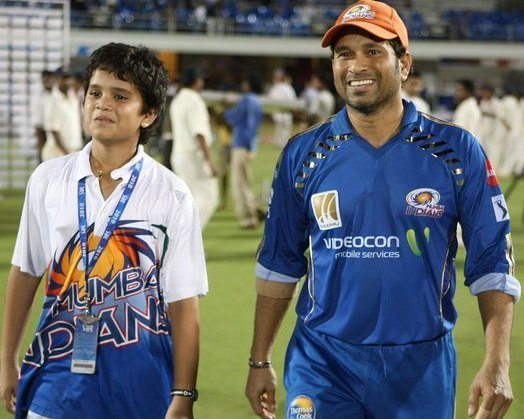 As Sachin Tendulkar, after playing 200 Test matches for India, walked into the sunset on Saturday, another sun seemed to be emerging on the horizon – his son Arjun Tendulkar. All of 14, Arjun is already playing in the Mumbai junior leagues, and his father is on record as saying the little one is “mad about cricket”. He played the role of a ball-boy sitting behind the boundary ropes in his father’s last Test match in the Wankhede Stadium, which may be interpreted as evidence of his interest in the game. Although Sachin also pleaded with the media not to put pressure on Arjun and to let him play his natural game, the spotlight is always and inevitably going to be on him. Whether Junior Tendulkar will get crushed under the weight of his second name, or whether he can handle the pressure and emerge as a great cricketer in his own right, only time will tell.

Meanwhile, Ganesha, with the help of astrology, predicts that Arjun Tendulkar may knock on the doors of Team India around 2021.

As per the Jaimini Astrology System, Venus is the Atmakaraka planet in Arjun’s chart. Venus is placed with Rahu and exalted in the Navmansa. So, Karakamsa is in Pisces. Strong Venus in the Karakama indicates that he is very competitive and possesses the required physical and mental stamina to emerge as a strong cricketer. Mars is BK in his chart. Strong Mars signifies his abilities to take action. A strong Mars in any case will give him energy, vigour and vitality required in any competitive game. Although Mars is supportive for the game like cricket which requires a lot of physical action, it may also help in competitions that require more mental exercise. BK Mars in the 5th House from AK Venus is very much favourable for a career in sports. Amatyakaraka Saturn is situated in Kendra from Atmkaraka Venus, so he can achieve a very good position in his career. However, Gnati Karaka Jupiter is placed with Amatyakaraka Saturn and both the planets are retrograde. This conjunction indicates tremendous hardship and major road-blocks. Arjun definitely has the required skills, stamina and talent but it will not be that easy for him to find a place in Team India. He may have to face a lot of challenges and hardships before achieving his goal. The Scorpio Char Dasha from 23th September 2020 will be good for him. So, he will be knocking the doors of Team India around his 21st birthday. He may shine well as a cricketer between 2021 and 2027.